Development work for the brand new Ramat Givat Zeev neighborhood, located in the outskirts of Jerusalem, is in the final stages of completion. The upscale project is well underway, as buyers will be able to move into their dream homes in this great community within 24 months.


The project, which has already been dubbed the “Orthodox Caesarea”, has seen rapid development and acclaim. Hundreds of families in Israel and from abroad who have already purchased apartments are waiting with anticipation as they watch their dream home being built.

Building the project situated above the new Givat Zeev neighborhood to provide maximum views, Nofei Israel has invested 40 million NIS in the development and plans to invest a total of 750 NIS in the project.

The neighborhood boasts 370 housing units of different styles to fit the diverse needs of this new community. There will be 130 private homes ranging in size from 250 to 450 square meters. There will be 240 apartments in 13 luxury apartment buildings that include 3, 4, 5 and 6 room apartments, garden apartments and penthouses.

The project’s 234 large and luxurious units mostly sold out during the preliminary development stage. Anyone who has already purchased, or is planning to do so in the near future, is taking advantage of the opportunity before the expected rise in prices. According to real estate industry experts, unit prices will rise at least 30 percent in the coming months because of the project’s demand and building specifications. All building permits have been issues and the work on the project is moving ahead quickly.

Ramat Givat Zeev will be an upscale, Torani community built to include high standards of construction and infrastructure. Modeled after homes in affluent Orthodox communities abroad, the homes and apartments in Ramat Givat Zeev will be beautifully finished. The gated community will include shuls with frequent Torah shiurim for men and women, mikvaot and chinuch institutions. Joining the community are several families making Aliyah together from North America.

In addition, the neighborhood will feature wide streets, walking paths and LED street lighting. There will several expansive green spaces, parks, gardens and playgrounds, as well as fountains and sports clubs. A shopping center and country club are being planned.

The neighborhood will blend Torah living, with modern recreational and commercial centers, complete with all communal services and amenities. Ramat Givat Zeev is bound to be a magnificent, dream-come-true community. 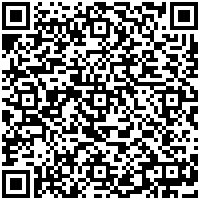