Israel’s only professional cycling team, Israel Cycling Academy, took an historic step in the world of professional cycling Saturday, with an impressive and surprisingly aggressive performance at the Tirreno-Adriatico race in Italy, one of the most important World Tour races.

For three stages in a row, the Israel Cycling Academy led breakaways from the Pelaton (race pack), accumulating more than 348 miles at the head of the race. During the first stage, Israeli rider Guy Sagiv led the breakaway. Sagiv was already making history as the first Israeli cyclist to participate in a World Tour race, which is the highest level of professional cycling.


The Israel Cycling Academy’s remarkable display culminated on Saturday in the fourth stage of the race – known as the “Queen” stage – a 136 miles climb into the Apennine Mountains. Academy riders spearheaded the breakaway group of the race and then sent one of its best riders, Belgian cyclist Ben Hermans to an onslaught on the final mountain finish. Incredibly, Hermans was able to beat some of the greatest climbers in the world including Tour de France winner Chris Froome, eventually finishing fifth.

“It might be Israel Cycling Academy’s best performance ever,” said team Chief Sports Director Kjell Carlstrom. “We are certainly stepping up and showing constantly we deserve the chance to fight with the best.”

The team’s performance is seen as a rehearsal for the historic Giro d’Italia (one of three prestigious ‘Grand Tour’ races, also including the Tour de France and Vuelta a Espana), which will start in Jerusalem on May 4th, as part of a three-day ‘Big Start’ in Israel. It will be the first time an Israeli team has competed in a Grand Tour event and the first time such a race has been held outside Europe. 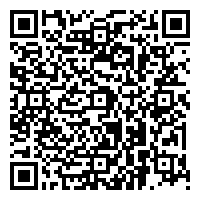