Thanks to the vigilance of mother Sabrin Jannam, her 10-month-old son, Ram, was rushed to the Baruch Padeh Medical Center in Poriya, near T’veria.

“I went to the bathroom and Ram was playing in his room with a toy cellphone,” the mother, a resident of Maghar, a Druze and Arab town in northern Israel, recalled. “When I came back, I saw that the cellphone had been broken. I remembered there was a battery inside the toy and realized it had disappeared, I was very scared, I figured the baby had swallowed it…”


“The x-rays showed the battery in the baby’s stomach,” Dr. Avi On, director of the Gastro-Pediatric Institute at Padeh Poriya, explained. “We decided to wait a few hours and see if the battery would come out naturally.”

“The next day, after a second x-ray, we decided to remove the battery immediately,” On continued. “This is a really tiny baby, so the chances of the battery coming out naturally were small. Also, the damage the battery could cause is considerable.”

Dr. Avi On, noted that “when we took out the battery, we saw that it had already begun to secrete digestive material and as a result a gastric ulcer was created. You have to be very alert when it comes to batteries, since they can cause enormous harm to a baby or a toddler. Beyond the damage of physical pressure on organs, there is a risk of a spontaneous electric current when the battery attaches to the lining of the intestine. And the most dangerous thing is that the battery releases a caustic material that can cause ulcers and even pierce the intestines.”

The battery was successfully pulled out of baby Ram’s stomach in time, endoscopically, under twilight anesthesia, and the next day, little Ram was released home. Both mother and baby are fine, the baby’s ulcer is being treated. 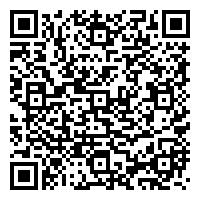