An Israeli firefighting delegation that was dispatched to assist Brazil in combating the mass blazes in the Amazon returned to Israel on Thursday and was welcomed as heroes.

The team was dispatched last week as immediate assistance to Brazil to combat the devastating fires in the country following a conversation between Prime Minister Benjamin Netanyahu and Brazilian President Jair Bolsonaro.


More than 75,000 have fires been detected across Brazil since the beginning of the year, an 83% increase on the same period last year. Many of blazes were in the Amazon rain forest.

The 11 firefighters who advised the Brazilian firefighting teams specialize in bush and forest fires. They provided assistance and professional know-how to the Brazilian authorities and forces combating the fire.

Team leader Yair Elkayam commented that “there is no doubt that it is a special sight to see forces of rescue agencies from foreign countries work shoulder to shoulder to help each other and reach the same goal.”

“We came here to help but also learn and no doubt we have achieved both goals. We are happy for the opportunity to help and t to learn and thank the Brazilian people for this opportunity,” he added.

The team met with Bolsonaro, who said that “it is a great honor to be here with you and the feeling is as if we have known each other for ages. Harnessing your knowledge and experience to help us in these times is more than welcome and strengthens the friendship between Israel and Brazil.”

“This is the second time I see friends here from Israel cooperating with us. Please convey to my friends, Prime Minister Netanyahu, my thanks for the assistance you give us,” he added.

This is the second time this year Israel has dispatched aid to Brazil. An Israeli emergency aid delegation flew to the country in January to assist with the efforts to search for and rescue the victims of a dam collapse in south-east Brazil that released a flood of mud that buried people and buildings.

Operating around the clock, the Israeli teams worked to locate survivors and recover the bodies of the victims. 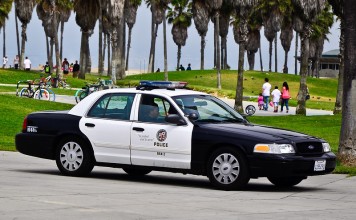