Ashkelon (TPS) – An Israeli lifeguard found a candle estimated to be about 900 years old during a morning run on the beach in Tel Ashkelon National Park in southern Israel last Tuesday.


“During the run I saw some planks washed up from the sea, and I stopped to pick them up”, lifeguard Meir Amshik said. “Suddenly, I saw part of the new cliff deteriorating. I made my way there and saw the intriguing candle lying there in its entirety. I thought it might be an antique, so I picked it up. I went back to the lifeguard’s tent and together with Avi Panzer, director of the lifeguard station, we contacted the Israel Antiquities Authority (IAA).”

“The ancient oil lamp, which served as a light source, is dated to the 12th century AD (early Crusader period),” said Sa’ar Ganor, IAA archaeologist of the Ashkelon district. “You can really see the signs of wear and soot on the mouth. The candle was discovered as a result of receding coastal cliff, battered by the seasonal forces of nature.”

“The candle represents part of the cultural richness of the ancient city of Ashkelon, which was a city of commerce,” Ganor explained. “In Ashkelon, the port’s function is to import goods from the sea, as well as to export manufactured goods from all parts of southern Israel. In Ashkelon Coast National Park you can find evidence of preserved life starting from the Canaanite period 4000 years ago, until the modern era.”

Guy Fitoussi, of the IAA’s Robbery Prevention Unit, praised the lifeguard for reporting the ancient treasure.

“The lifeguards of NPA and lifeguards as a rule, are our eyes on the beach. They are not just saving people, but even antiques,” he said. “People must understand ancient fossils they find in the case, belong to the state and the general public. This finding could be very valuable for research and historical knowledge for all of us. Fortunately, more and more people report finding antiques “.

Amshik, for his part, is thrilled to be involved in this historic discovery.

“Finding such a treasure, it is very exciting,” he said. “Just to feel a part of history, It fulfills a sense of appreciation for what was here before. It feels like being a link in the chain.” 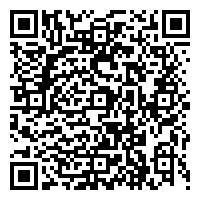