“He had to learn Chinese,” Vilnai says with a chuckle.

Trade between Israel and China continues to increase dramatically. China’s Fosun International, the largest privately owned investment conglomerate in the country, has agreed to acquire a majority share of Ahava, the Israeli Dead Sea mineral cosmetics company, for $76 million.

Under Vilnai’s watch as ambassador, the Shanghai International Port Group was awarded a 25-year, $2-billion-plus contract to manage the new port being developed in Haifa. Meanwhile, China Harbor Engineering Company won the bid to construct a new port in the southern Israeli city of Ashdod.

Although small, the number of Chinese tourists visiting Israel is growing. Direct flights from Beijing to Tel Aviv, to be operated by China’s Hainan Airways, are expected to begin shortly. The only other direct flights between China and Israel are run by the Israeli carrier El Al.

“There is increasing demand from both the business and tourist sectors for more direct flights,” Vilnai says.

Asked about the current status of Chinese Jewry, the ambassador says there is “no Jewish community in China” beyond the presence of Chabad-Lubavitch centers, which primarily serve tourists. 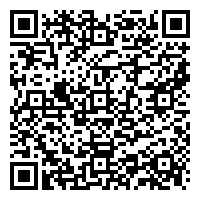