Honduran President Juan Orlando Hernandez on Sunday attended the inauguration ceremony for the country’s diplomatic trade office in the Jerusalem, in what he considers a “recognition of the city as Israel’s capital.”

The diplomatic office in Jerusalem will be an extension of Honduras’s embassy, located in Tel Aviv. Hernandez said the opening of the trade office was a “first step” toward moving the embassy to Jerusalem in the near future, following in the footsteps of the US and Guatemala.

“Today is a historic day for Honduras and Israel,” said Hernandez, expressing hope that the new trade office will bring “more investment and more opportunities for the Honduran people.”

Prime Minister Netanyahu thanked Hernandez for his opening of the trade office in Jerusalem and recognition of the city as Israel’s capital. he emphasized the historical importance of Jerusalem to the Jewish people throughout the ages, “Jerusalem has been our capital since the time of King David,” he said.

Netanyahu also reciprocated diplomatically, saying Israel will open an “office of trade and technology in Tegucigalpa soon. Now. Next week,” and commended the relations between the two countries. “There is this reciprocity of friends, genuine friends,” he said.

The US and Guatemala have moved their embassies from Tel Aviv to Jerusalem. Paraguay also relocated its embassy to Jerusalem in May 2018, but then reversed the decision in September under the new Paraguayan president.

The Czech Republic, Hungary and Australia have opened trade offices in Jerusalem, and Slovakia, Brazil and Ukraine have plans to open similar diplomatic offices in the city as well.

Earlier in the day, Hernandez visited the Kotel, Western Wall, accompanied by Rabbi Shmuel Rabinovitch, Rabbi of the Western Wall and the Holy Sites of Israel. During his visit, Hernandez said he is excited to revisit the Western Wall after his last visit 30 years ago. He said he was pleased that this holy site is in the hands of the Jewish nation, who safeguard the site and allow visitors from all over the world to visit.

The Honduran President took some personal time to pray at the holy site, and signed the visitors’ book with a prayer for the spreading of peace among the nations and that God protects Israel and Honduras.

“The State of Israel can see in Honduras a twin sister. We are opening a new relationship. I have a great privilege to be the Honduran President and I thank you for safeguarding this holy place,” he said.

Hernández is slated to visit Israel’s shipyards and is expected to participate in a high-level economic meeting with leading members of Israel’s business community.
“This important visit will serve to strengthen relations between Israel and Honduras, and advance cooperation in a diverse range of fields,” the foreign ministry stated.
Advertisement 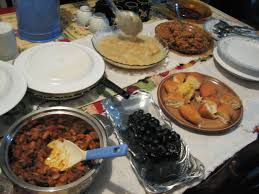