The City of Jerusalem Local Planning and Building Committee on Wednesday decided in response to the current housing crisis to approve and recommend to the District Committee the establishment of a new neighborhood in Atarot, Israel’s Channel 13 News reports.

The neighborhood, intended to provide housing for the city’s hareidi-religious Jews, is to be built in the local abandoned airport.


The decision comes despite strong objections from the Biden Administration regarding any Israeli construction and/or development in post-1967 areas of Jerusalem as well as in Judea, Samaria and the Jordan Valley.

“We worked hard to design the neighborhood to address the needs of the hareidi-religious public and to make sure the plans fit [that] sector,” said Eliezer Rauchberger, acting mayor and chair of the Planning and Building Committee. “I thank the mayor and all the professional staff their hard work. This is an historic day in Jerusalem.”

The site, which measures 1,243 dunams (307 acres), will become home to thousands of housing units, one or more hotels, and public buildings – bringing in commerce and employment.

Also proposed is the construction of an area for employment and commerce near Route 45, as well as the preservation of the existing historic terminal building at the abandoned Atarot airport.

The new neighborhood comes as part of a larger urban planning project that will include an array of paths and open public areas between the neighborhoods.

Jerusalem Mayor Moshe Leon welcomed the decision, “Not only because I signed the promise in the coalition agreement, but because it is my moral and ethical duty,” he said.

Leon noted that the hareidi-religious neighborhood of Ramat Shlomo was built 50 years ago – and since then, no other neighborhood has been established for that sector.

“This is another program that comes as part of a number of projects that I lead and promote to reduce gaps and create housing solutions for young people from all sectors,” he said in a statement.

“This is the right way to improve the quality of life of [our] residents.” 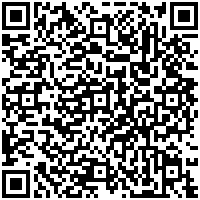