At the start of the new year, sanitation workers staged a near week-long strike in the capital following a government decision to fire 170 workers allegedly due to lack of funds available in the Ministry of Finance.

The results of the strike, which left Jerusalem’s garbage cans overflowing, masses of litter on the sidewalks and mountains of waste in the popular Mahane Yehuda market, appeared to have exerted sufficient pressure on the Ministry which authorized a budget of NIS 17 million ($4.4 million) to bring the strike to a conclusion.

However, the Jerusalem Municipality announced that a final settlement is still to be reached as the current agreement only applies to this month.

“The Jerusalem Municipality reached an agreement last night for the month of January which will oversee the collection of garbage left on the streets. Municipality workers, along with sanitation and garbage workers will undertake all efforts to clean the city and restore the situation to normality within a few days,” the statement said.

Thanking the Ministry of Finance for its efforts to find a solution in the interim, the statement went on to say that “the temporary solution will enable all parties involved to continue the negotiations in order that a permanent arrangement can be found.”

Jerusalem resident, Mariel Asrilevic, who works in the city’s center, told Tazpit Press Service (TPS) that she hoped that the parties would reach a permanent agreement in order to bring an end to the unpleasant environment on the streets.

“Just to get the bus to work every day, I have to walk by three large trash cans overflowing with garbage. I can’t walk on the sidewalk because of all the garbage so I have to walk on the road. It really smells. So I am happy they are in negotiations and I really hope they reach an agreement soon so it doesn’t happen again,” she said.

The municipality reminded residents that due to the large quantities of garbage neglected over the past week, the clean-up operation will take a number of days to complete. 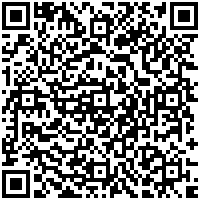