An 18-year-old Jewish boy was seriously wounded Sunday morning when he was attacked by an Arab terrorist on Hagai Street in Jerusalem. The attacker hurled a glass bottle at the boy, striking him in the head, as he passed by.

The teen was treated at the scene by medics from the Magen David Adom emergency medical response team before he was taken to a local hospital, where he was listed in fair condition.


On Saturday night, an attempted lynch took place on Sultan Suleiman Street near the Damascus Gate entrance to the Old City, with Arabs surrounding a car and trying to pull the driver out of his vehicle to kill him, according to a report published on the Hebrew-language 0404 military website.

An Israeli police officer saw the incident taking place and fired warning shots into the air to disperse the mob. As the attackers pulled away from the vehicle, the police officer rescued the injured driver, who was taken to a hospital in the city for medical care. He is listed in good condition.

Police arrested two suspects in connection with the lynch attempt and took them into custody for further questioning.

An additional attack was carried out at the same spot a short time later on a vehicle Arab rioters believed was driven by a Jew – but who turned out to be a gentile tourist, frightened beyond belief. The vehicle was damaged.

Also on Saturday night Arab rioters attacked two vehicles driven by Jews who were on their way to pray at the Western Wall and who were using the WAZE GPS app to get there.

In both cases, the app took them through the mixed Ma’ale Zeitimg (Ras al-Amud) neighborhood overlooking the Mount of Olives to get to the sacred site.

Once there, a mob of Arabs attacked the vehicles with rocks, iron bars and clubs. Although the Jewish drivers managed to escape, their vehicles were badly damaged; one of the vehicles was nearly destroyed.

Security forces launched a search for the attackers following the incident.

At least five vehicles were damaged in attacks by Jerusalem Arabs hurling stones between the start of Tisha B’Av, which began with the fall of darkness on Saturday evening, and Sunday at 12 noon. 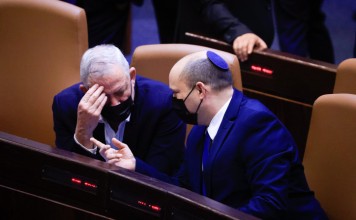 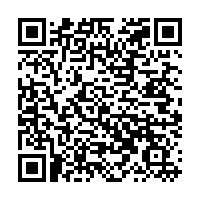