Slovakia’s President Andrej Kiska was welcomed to Jerusalem on Thursday by Prime Minister Benjamin Netanyahu on the first visit to the Jewish State by a leader of the country in nearly 20 years.

“You’re a friend and I hope that our visit enhances our friendship and our cooperation in a changing world where we have so many common values, so many common interests,” Netanyahu told Kiska at a ceremony at the Prime Minister’s Residence.


“And we also have opportunities, not only challenges, so I look forward to discussing both of them with you, and it’s a pleasure to welcome you here,” Netanyahu added, according to the statement from the PMO.

President Reuven Rivlin and his wife First Lady Nechama Rivlin hosted a state dinner for the Slovak president Wednesday evening at their residence in Jerusalem.

Rivlin praised Kiska for his leadership and warmth to the Jewish population, noting, “You have shown exceptional leadership regarding the Holocaust and its remembrance. You have also been a model, in publicly confronting neo-Nazi and fascist political forces in Slovakia. We will never forget this.” 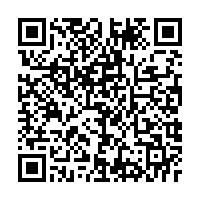