The Jerusalem Institute for Policy Research (JIPR) on Wednesday issued its annual report, ahead of Sunday’s Jerusalem Day, showing that Israel’s capital has crossed the 900,000-resident mark, with 62% Jews and 32% Arabs. Of the Jewish population, 22% are secular, which is more than back in 2009.

The data also show that the negative migration from the city fell by 24% compared with 2016, and stands at a mere minus 6,000 residents.

Rental prices rose at a higher rate than the overall average as well, including the average in Tel Aviv.

There has been an increase in the percentage of Haredi men and Arab women in the job market in 2017. the data show that 49% of working-age Haredi men are employed, while the rate of employed Arab women increased by 50% in four years, and now stands at 27%.

There’s some bad news: the Jerusalem Jewish neighborhoods that were liberated in the Six Day War are no longer growing, the reason for the stagnation being the Netanyahu government freeze on construction during President Barack Obama’s administration. But the change of occupancy in the White House has yet to influence a significant improvement. 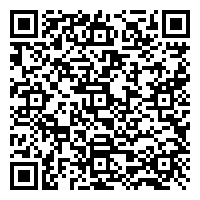