A 16-year-old youth from the Gush Etzion Jewish community of Bat Ayin was killed Monday in a car accident during a police chase in Samaria.

Israel police were attempting to arrest a group of young Israeli “hilltop youths” and young men — including Ahuvya Sandak – who they suspected were throwing rocks at Arab vehicles as they passed near the town of Kochav HaShachar in the Binyamin region.

The suspects, including Sandak, fled in a car. The police saw their car and began chasing them.

But the young driver lost control of his vehicle and it went careening off the road, injuring several of the passengers, and tragically killing one: 16-year-old Ahuviya Sandak. The injured suspects were handcuffed before they were taken to a hospital for treatment.

According to some reports, the undercover police car rammed the vehicle causing it to crash. There are additional accusations that the police did not immediately notice the boy trapped under the car when they arrested the other occupants of the vehicle. Machash (Internal Investigations) is investigating the police response.

After hearing the reports, MK Bezalel Smotrich (Yamina) arrived at the scene and was physically blocked by a policeman from getting close to examine the area, despite his Knesset immunity. The policeman also put spikes under the MK’s car.

Ne’eman said it was a very difficult day for the community of Bat Ayin, in Gush Etzion where the teen lived, adding that “We are talking about a dear and well-known family, which is very active in all aspects of the Gush Etzion community. We join them in their mourning, and we will stand with them all along the way. My friends and fellow municipal employees, along with the residents of Gush Etzion, send our love to the family over their painful loss.”

Ne’eman added that “these boys are our children – period! Leave us to educate and deal with our children for better or for worse. We are not talking about an enemy who arose to destroy the State or terrorists who are trying to take our lives.”

Ne’eman stressed that police activity, arrests, or even chasing after Jewish youth should not end in a funeral. “We are appalled and demand a thorough investigation into what is happening on the ground. Beyond the need to discover the truth about what happened today, our unequivocal demand is to immediately put an end to police violence. If only a small amount of the resources invested in chasing after hilltop youth were invested in society and education, we would not have witnessed the terrible disaster that took place today.”

Shmuel Medad, CEO of the Honenu an Israeli Zionist legal aid organization, accused the police of killing the teen.

“The blood is on the hands of the commanders of Judea and Samaria district, who allow the spilling of the blood of our best children,” Medad said.

“This horror should make the Israel Police and the Public Security Ministry tremble. And so too for all the echelons that guide such murderous behavior and allocate huge budgets for it. The land should not cover their blood!”

In a statement about the incident, Judea and Samaria District Police said they had received a report about stone-throwing from an Israeli vehicle at a Palestinian Authority vehicle at the Michmash Junction.

“A team of detectives who was on their way and nearby identified the vehicle that threw stones and ordered [them] to stop.

“The driver of the vehicle started a wild chase despite the police order to stop, continued on the run with the detectives’ vehicle in pursuit. Near the Rimonim junction the vehicle overturned and a result, four of the vehicles’ occupants were mildly injured. They were evacuated to the hospital. One passenger was pronounced dead.”

Ahuvya Sandak was buried in Kfar Etzion at 1:30 AM on Tuesday morning. 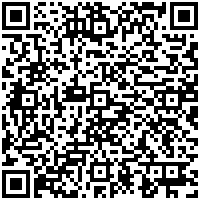