According to the IDF Spokesperson Unit, the new battalion was formed as a result of lessons learned from “Operation Break the Wave,” launched on March 31 in Judea and Samaria following a spate of deadly terrorist attacks against Israelis.

The operation raised the need for a battalion to routinely deploy in the area of the Judea and Samaria security barrier, to relieve reserve units dispatched to that area for lengthy operational actions, the military said.

The Israeli Ground Forces will lead the battalion’s training, which will last for about six months. The physical competency of the battalion’s troops will be the same as that of soldiers belonging to territorial defense battalions, but it will also include additional, distinctive abilities required for the battalion’s specific region of operation, the IDF stressed.

The first of the troops who will comprise the new battalion joined the IDF today. The soldiers will begin their operational activities in the Judea and Samaria security barrier next year after finishing their training.

Commenting on the development, the commanding officer of the Border Protection Corps in the IDF Ground Forces, Brig. Gen. Amit Yamin, said, “The establishment of this battalion symbolizes the IDF’s ability to quickly and efficiently adjust itself to the ever-changing operational requirements. We invested great efforts in the planning of this battalion in order to ensure that the soldiers joining it will serve a meaningful service and contribute to the IDF’s operational purpose.” 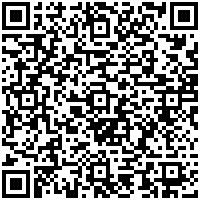