The forces were attacked with rocks and other objects during their entry to the city.

Similarly, IDF and Border Police forces arrested nine wanted persons at various locations in Judea and Samaria suspected of involvement in terrorist activities and violent disturbances against civilians and soldiers.

In addition, Some 1,000 Israeli worshipers on Wednesday night visited the tombs of Yehoshua Ben Nun and Kalev Ben Yefuna, located in the Arab village of Kafel Harath, near the city of Ariel.

The entry, which was coordinated with the IDF, occurs several times a year. The prayers take place only during the night and under heavy security provided by the Israeli forces.

Samaria Regional Council head Yossi Dagan, who was among the worshippers, stated that “we came here to strengthen ourselves from the image and the force of Yehoshua Ben Nun, a fearless leader who said ‘we will ascend and inherit the land.’”

“He who led the entry of the people of Israel into the land of Israel and did not fear a confrontation is the most appropriate person to learn from,” he added. 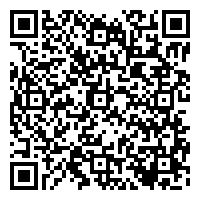