JERUSALEM – Despite Palestinian Authority President Mahmoud Abbas’s refusal to accept Israel as a Jewish state and no apparent movement on key issues such as settlement construction, Secretary of State Kerry seems determined to issue a memorandum of understanding at a summit meeting scheduled for next week with Israeli, Palestinian and Jordanian leaders in Aqaba.

The contents of the memorandum were expected to be discussed between Prime Minister Benjamin Netanyahu and Kerry during the annual World Economic Forum in Davos, Switzerland this week. Those talks are to be followed by a series of intense meetings between Kerry, Israeli Justice Minister Tzipi Livni and Israel’s chief negotiator, Yitzhak Molcho, in Washington next week.


The story about the memorandum, which appeared in the pan-Arab daily Al-Hayat and was confirmed by Palestinian sources, contradicts several Israeli media reports that Abbas intends to reject the memorandum and any framework agreement. The reports say Abbas favors a global diplomatic battle against Israel, which has already taken root in the form of international economic and educational boycotts. In some cases, that strategy has started to adversely affect Israeli exports from companies that operate even inside the pre-1967 borders.

Israel’s Channel 2 News reported that the PA has created legal teams to wage a diplomatic war against Israel in “every conceivable” forum – from the International Court of Justice in The Hague to the UN Security Council.

The report also said Abbas is displeased with Kerry’s proposal to create a Palestinian state “with no borders, no capital, no control over border crossing, and without Jerusalem.”

For his part, senior Palestinian official Nabil Shaath said PA officials repeatedly told Kerry they would never recognize the “Jewishness” of Israel or relinquish control of the Jordan Valley.

Kerry apparently proposed to the PA the same deal on Jerusalem that previous Israeli prime ministers have offered, with Abu Dis or Beit Hanina serving as the capital of Palestine.

While Israeli Defense Minister Moshe Yaalon’s criticism of Kerry’s negotiating tactics became an international story last week, the harshness of the PA’s public rejection of Kerry’s peacemaking efforts has gone virtually unreported in the international media. Even President Obama sounded less than optimistic about negotiations, offering the view that a peace treaty has a “less than 50-50 chance” of being accomplished.

In an interview in The New Yorker, Obama said “[T]he interests of Israel in stability and security are actually very closely aligned with the interests of the Sunni states. What’s preventing them [Sunni Arab nations such as Saudi Arabia] from entering into even an informal alliance with at least normalized diplomatic relations is not that their interests are profoundly in conflict, but the Palestinian issue, as well as a long history of anti-Semitism that’s developed over the course of decades there, and anti-Arab sentiment that’s increased inside of Israel based on seeing buses being blown up.

“If you can start unwinding some of that, that creates a new equilibrium. And so I think each individual piece of the puzzle is meant to paint a picture in which conflicts and competition still exist in the region but that it is contained, it is expressed in ways that don’t exact such an enormous toll on the countries involved. And that allows us to work with functioning states to prevent extremists from emerging there.”

Though Obama and Kerry have urged American Jewish organizations to support the peace talks, one high-ranking Jewish organizational leader told The Jewish Press, “Nobody knows what’s really going on. Kerry appears to be playing with one set of rules. Everyone involved knows that the stakes are too high for this to be a game. There are people who want this process to work but many people in the American Jewish community and Israel are increasingly skeptical whether the Palestinians will actually meet fundamental agreements, especially with the future of Israel’s security on the line. 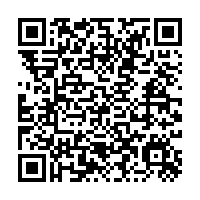