Prime Minister Benjamin Netanyahu on Tuesday afternoon met in Jerusalem with Zambian President Edgar Lungu who is visiting Israel accompanied by the a group of Zambian government ministers, telling him that “the future of Zambia and the future of so many African countries is being challenged by the rise of radical Islam and the terrorism that is espouses, the fanaticism that it instills in young people and I think that it’s a battle between the past and the future. We firmly stand on the side of the future, of modernity.”

“In seizing the future, Israel is coming back to Africa in more than a verbal way,” Netanyahu promised. “After [my next] visit to East Africa, I’ll be going to Togo in West Africa in a few months. There will be a summit there to discuss Israeli technology in so many areas, in agriculture, in water, in cyber security, in every field of technology.”


The Prime Minister also said: “I want to thank you for your friendship. It was well demonstrated in our moving meeting in Entebbe and we’ve been working together to strengthen and deepen the relations between Zambia and Israel. A year and a half ago you opened an embassy in Israel and many, many of your Ministers have visited Israel recently and are visiting again today in fields of water, agriculture, education and also security, defense, anti-terrorism and many, many other areas.

“We hope to send our experts to help with alternative energy, with water and other areas that we’ll discuss today. I look forward to deepening this cooperation, which I think is important for both our countries and both our peoples. I know that you’re opening a Jewish history museum in Zambia and soon a synagogue in the capital city. I hope one day I have the opportunity to visit those institutions and to visit Zambia.

“Zambia has undergone an amazing and admirable change in a transition to democracy since the 90s. This offers hope, I know of your own desire to broaden and deepen development of human capital, physical capital in Zambia. And this is something that offers, I think, a clear direction for the future.” 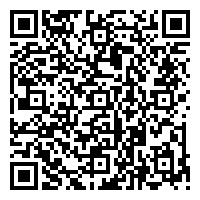