The same reports of tension between President Obama and Prime Minister Netanyahu that persisted leading up to November’s U.S. election have re-emerged as Israelis prepare to vote on Jan. 22.

In his Bloomberg Views column published Tuesday, journalist Jeffrey Goldberg – widely believed to have good access to the White House – wrote that in the weeks following the United Nations vote to give the Palestinians non-member state status, “Obama said privately and repeatedly, ‘Israel doesn’t know what its own best interests are.’ ”


Goldberg wrote that Obama believes Netanyahu, by approving Israeli construction beyond the country’s pre-June 1967 borders, is “moving his country down a path toward near-total isolation.”

“When informed about the Israeli decision [to announce construction plans in the E1 zone as a punishment for Palestinian Authority President Mahmoud Abbas’s UN move], Obama, who has a famously contentious relationship with the prime minister, didn’t even bother getting angry,” Goldberg wrote. “He told several people that this sort of behavior on Netanyahu’s part is what he has come to expect, and he suggested that he has become inured to what he sees as self-defeating policies of his Israeli counterpart.”

Richard Baehr, chief political correspondent for American Thinker, told JNS.org that Obama’s reported comment about Israel not knowing what is in its own best interests reflects “the basic narcissism of his approach, but also that of many critics of Israel.”

“They know what is best for Israel, democracy be damned,” Baehr said of those critics. “If Israelis who have Israel as their primary concern elect leaders whose policies do not square with conventional dovish western sensibilities – that a two-state solution is waiting to be had if Israel would only be more forthcoming – then Israelis do not know what is in their best interests. Those who know are the EU, Obama, Mahmoud Abbas, the United Nations, Peter Beinart and Tom Friedman.”

The tension between Obama and Netanyahu prior to the U.S. election centered on the Iranian threat, with Obama refusing to set the specific “red line” requested by Netanyahu which, if crossed, would prompt American military action against Iran. Regarding a red line, Obama told rabbis from across the denominational spectrum in a conference call before Rosh Hashanah that “no leader wants to tie his hands” by setting such conditions. Additionally, on the CBS “60 Minutes” program, Obama described Netanyahu’s calls for a red line as “noise.”

Now, amid Obama’s nomination of former Nebraska senator Chuck Hagel, who has come under fire for his record and statements on Israel, for defense secretary, the “dysfunctional relationship between Netanyahu and Obama is poised to enter a new phase,” according to Goldberg.

“On matters related to the Palestinians, the president seems to view the prime minister as a political coward, an essentially unchallenged leader who nevertheless is unwilling to lead or spend political capital to advance the cause of compromise,” Goldberg wrote.

“Senator John Kerry of Massachusetts, Obama’s nominee to replace Hillary Clinton as secretary of state, is said to be eager to re-energize the Middle East peace process, but Obama – who already has a Nobel Peace Prize – is thought to be considerably more wary,” he wrote. “He views the government of Palestinian Authority President Mahmoud Abbas as weak, but he has become convinced that Netanyahu is so captive to the settler lobby, and so uninterested in making anything more than the slightest conciliatory gesture toward Palestinian moderates, that an investment of presidential interest in the peace process wouldn’t be a wise use of his time.”

Reacting to Goldberg’s column, Israeli Education Minister Gideon Sa’ar on Tuesday said Netanyahu, if re-elected, “will know how to work with Obama very well while at the same time safeguarding Israel’s interests.”

According to Israel Hayom, a senior Likud minister questioned whether Goldberg’s column accurately reflected Obama’s beliefs or was more in line with Goldberg’s worldview. The Prime Minister’s Office declined to comment.

Goldberg wrote that Obama, since he was a senator, has “been consistent” in believeing the following about Israel: “If it doesn’t disentangle itself from the lives of West Bank Palestinians, the world will one day decide it is behaving as an apartheid state.”

Netanyahu in 2009 said he would accept a demilitarized Palestinian state alongside Israel, breaking the conventional views of his Likud party. He also agreed to a ten-month construction freeze beyond the Jewish state’s pre-1967 borders, but that move failed to yield fruitful negotiatons with Abbas’s PA. 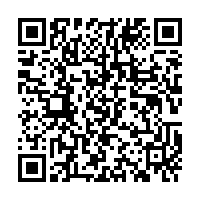