JERUSALEM – While it appears likely that incumbent Prime Minister Benjamin Netanyahu will head Israel’s next government, there are growing indications that his future coalition government could look substantially different from the current one.

With days remaining before Israelis head to the polls next Tuesday, a substantial number of voters – including many English-speaking citizens – have yet to decide how they will cast their ballots next week. Several newspaper and TV polls are reporting that with at least 18 percent of registered Israeli voters still undecided nearly 20 Knesset seats are still in play. That could tip the balance of power toward or away from Israel’s two largest political party lists, Likud-Yisrael Beiteinu and Labor.


For English-speaking immigrants, Israel’s somewhat confusing electoral system, whereby voters cast ballots for a party slate rather than directly for a candidate, has left some scratching their heads. Recent olah Jamie Geller, the best-selling American cookbook author, told Haaretz, “They offer ulpan courses to us, but they should offer some kind of political course as well. This whole parliamentary system is not an easy system to grasp for a newcomer.” Nefesh B’Nefesh, the aliyah organization, and the nonpartisan Israel Project have been conducting pre-election educational sessions in Anglo enclaves. Additionally, some leading Anglo candidates from various parties have conducted parlor meetings in Anglo homes across Israel. According to Israel’s Central Bureau of Statistics, there are nearly 300,000 English-speaking residents in Israel.

The most recent polls have confirmed that Netanyahu’s Likud-Yisrael Beiteinu list will receive between 33 and 35 mandates, with Shelly Yachimovich’s Labor Party garnering between 15 and 17 mandates. The polls show Naftali Bennett’s Bayit HaYehudi Party winning 13-15 seats, which would make it the third largest party in the Knesset. Bennett, once a close confidante of Netanyahu before their political fallout, has maintained that Bayit HaYehudi should have a key role in forming the next coalition government despite the personal antipathy between the two politicians.

With several of Netanyahu’s senior ministers admitting that “mistakes pertaining to domestic issues” have been made during the current government, both Likud-Yisrael Beiteinu and Labor have fine-tuned their campaign messages by focusing on issues relevant to the overtaxed middle class and the growing number of working-poor families: the spiraling costs of new apartments, the over-inflated salaries within government-owned corporations, and the controversial issue of universal military draft. Likud’s campaign ads maintain that a strong Likud under the strong leadership of Netanyahu equals a strong Israel. The ads remind voters of the threats facing Israel from Iran and its allies, Hamas and Hizbullah.

The once powerful Shas Party, which has appealed in the past to poor and middle-class Sephardic voters, has failed to ignite that base of supporters, even with Aryeh Deri leading the party’s media campaign. Deri was severely criticized by the media and Israeli citizens across the ethnic spectrum last week for an alleged racist TV commercial, which depicted a blonde Russian immigrant receiving a kosher conversion permit during her wedding ceremony. Most recent surveys anticipate Shas winning a maximum of only 10 seats, the same number as Yair Lapid’s new, centrist Yesh Atid Party. That is considerably less than the party’s goal of 14-15 seats. Shas fears that a poor showing at the polls will give Netanyahu the leeway to ask Yesh Atid to join his coalition, snubbing Shas in the process.

Netanyahu called for early elections after demands by Shas and Yahadut HaTorah to increase the stipends for yeshiva students and indigent families, and to reinstate the Tal Law for haredim, which was struck down by Israel’s High Court of Justice. According to the Ministry of Finance and the Bank of Israel, the next Israeli government will be forced to enact a series of austerity measures, including the cutting of several billion dollars from the state budget. Shas and Yahadut HaTorah are desperate to join a new coalition in order to thwart the anticipated budget cuts, which would adversely affect its constituencies. 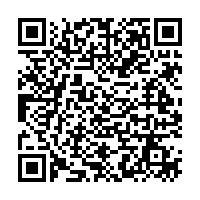