JERUSALEM – The rising number of so-called price tag (known in Hebrew as tag mechir) attacks committed by Jewish anarchists against Palestinians in Judea and Samaria and Israeli Arabs in cities across Israel, as well as reprisal attacks perpetrated by Arabs against Jews – highlighted by the murder of a 20-year-old girl from Afula – has confounded the Israeli Police and Shin Bet security service, who have been unable to stem the spiraling violence.

IDF and police intelligence sources have warned that price tag attacks committed by radical Jewish settlers against Arab mosques and churches in Judea and Samaria, as well as in Jerusalem, Latrun (near Modiin) and Umm el-Fahm (near Haifa), have the potential to spark a third intifada in the near future.


Though the Israel Police announced the arrests of at least seven Jewish teenagers allegedly associated with the price tag attacks against Israeli Arab targets and a married couple from the Samarian settlement of Yitzhar, the police have found it difficult to put an end to a growing phenomenon that has seen random acts of vandalism committed against innocent Israeli Arabs. In several instances, Israeli TV news programs showed security camera videos depicting brazen acts of price tag vandalism allegedly committed by hooded Jewish teens.

Commenting on price tag attacks, Defense Minister Moshe Yaalon said on Yom HaZikaron earlier this week, “There is a lot of work ahead of us. We must strive to be a state… that fights to the end against racism, against violence and against xenophobia. A state that must fight with an iron first against the terror which is wrongly called ‘price tag’ – an ugly phenomenon which has no connection to Jewish values and morals, and whose aim is to harm Arabs only because they are Arabs.”

The Yitzhar settlement has been the central flashpoint for young Jewish anarchists who have not only purportedly committed price tag attacks against Palestinians but have also openly attacked IDF soldiers and Border Police with stones and bottles. Though the citizens of Yitzhar generally support the IDF and have condemned the violence, the settlement’s council has been unable to convince the radicals to end their violent campaigns. Some of the anarchists have close ties to the spiritual leaders of Yitzhar’s controversial Od Yosef Chai Yeshiva. 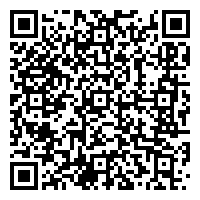