When Donald Sterling’s racist rant hit the news, you could practically hear the jostling at the microphone by those eager to denounce the Los Angeles Clippers owner.

For the beneficiaries of Sterling’s largesse, the denunciations took on a special imperative as a means of distancing themselves from his views.


Several Jewish organizations have taken Sterling’s money, including the Simon Wiesenthal Center’s Museum of Tolerance and the Jewish Federation of Greater Los Angeles. The L.A. Jewish Journal listed 11 Jewish groups that have received money in recent years from the Donald T. Sterling Foundation.

“Last year we took the $10,000 from him,” Jay Sanderson, president of the Jewish Federation of Greater Los Angeles, told JTA. “We’re not going to take it anymore.”

Rabbi Marvin Hier of the Simon Wiesenthal Center made a similar remark to the Jewish Journal.

The strongest statement came from the NBA, which banned Sterling for life, fined him $2.5 million and now is seeking to force him to sell the Clippers.

Sterling’s foundation has given relatively modest amounts to Jewish groups in recent years given his great wealth. According to the Jewish Journal, 10 of the Jewish groups received gifts of $10,000, some for several years running. Sterling, who is Jewish, also gave $50,000 to Yeshiva Gedolah of Los Angeles in 2010.

Whatever the sums, the ethical dilemmas facing nonprofits when confronted with donations from benefactors of ill repute are hardly clear-cut.

Associating with troubled donors can harm an organization’s reputation, and accepting the money may raise questions about its values and priorities.

Conversely, nonprofits are strapped for cash, and if the money is going to a good cause, does turning down money from troubled sources do more harm than good?

Even when the donor is a public scoundrel, that should not automatically disqualify him, several leaders of Jewish charity groups told JTA.

“We are obliged to help others with the resources we have,” said Mark Charendoff, head of the Maimonides Fund. “I don’t think accepting tzedakah from someone leads to an obligation.”

The key question, Charendoff said, is whether the donor asks for something in return. If the donor wants some kind of endorsement – a gala dinner honor, the naming of a building or, as in Sterling’s case, the right to trumpet donations in newspaper advertisements – then the organization essentially has traded money for an endorsement. That makes the donor a partner rather than merely a supporter.

“If it appears that a requirement of the gift is an endorsement of his character, then I think that’s problematic,” Charendoff said.

Even in such cases, however, there could be compelling ethical reasons to take the money. For example, the donor offers $3 million to an organization that buys cancer drugs for children in Africa who otherwise would not have access to medicine. If the money is rejected, taking a moral stand comes at the price of kids’ lives.

The rules are different if the source of the donor’s money is ill-gotten gains, many say.

“There’s a difference between being a public jerk and being a criminal,” said Andres Spokoiny, CEO of the Jewish Funders Network. “There’s a clear-cut line when it comes to monies that are fueled by criminal or non-ethical activities. I think the line there is pretty clear and everybody sort of accepts that as a red line.”

But not everyone agrees that criminality automatically disqualifies a donor.

Years before he became the head of L.A.’s Jewish federation, Sanderson worked at a drug rehab program where every Friday, he said, he would find a paper bag on his desk with cash, sometimes in the thousands of dollars. Sanderson never knew who left the cash until he caught the person leaving the money; it immediately became clear that its source was the sale of illegal drugs. 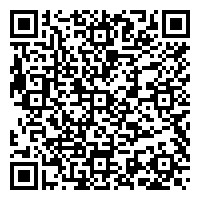