Jerusalem, Israel – Hundreds of young bereaved Israelis came together for an evening of remembrance and memories at the Jerusalem home of the OneFamily  organization. The event was unlike most memorial ceremonies, offering an intimate and homey environment to share personal stories, songs, and poems about lost loved ones. Mothers spoke about losing their sons, brothers and sisters spoke about siblings, and children who were mere toddlers at the time of their parent’s death also shared their personal memories.

At 8p.m. on Wednesday evening, the State of Israel beckoned in its national day of mourning with the piercing sound of a siren declaring a minute silence. Remembrance Day was traditionally dedicated to soldiers who gave the ultimate sacrifice, however in recent years this has been extended to the thousands of victims of terror. Official memorial ceremonies were held across the country, in city squares, schools, and community centers.

However, for many of the bereaved families these ceremonies are seen as extremely daunting and difficult to attend, especially for teenagers that have lost loved ones. For this reason the OneFamily organization’s youth division holds an intimate memorial event that encourages young bereaved Israelis to share their stories with other youngsters that have experienced the same horror of losing close relatives to terrorism.

“After my brother was killed, I couldn’t bear to attend the usual Remembrance Day ceremonies, they all seemed so disconnected from my reality, after five years of staying at home, the OneFamily gathering offered me a forum to share with people that can really understand my pain and what I am going through,” said Ofer Shambik whose brother David was brutally murdered in 2003 while taking a walk with his girlfriend in the Jerusalem forest.

Marc Belzberg, chairman and founder of OneFamily told those gathered: “We will continue to come together on Remembrance Day each year, as one family together, one caring family that understands each other’s pain and is always there in times of need, may we merit to see a time when no more families have to feel this pain.”

Over the last 10 years, OneFamily has effected the rehabilitation of thousands of Israel’s 17,000 victims of terror; facilitating their healing and reintegration into society by providing material and rehabilitative support to anyone who has been bereaved, injured, and/or recognized as suffering from post-traumatic stress disorder. The recipients of the 2011 Presidential Citation for Volunteerism, OneFamily uniquely provides a tailor-made blend of financial assistance, therapeutic programs, legal assistance, personal encouragement, and moral support.

The Jerusalem-based organization, which is led by founders Chantal and Marc Belzberg, grew from their then-12-year-old daughter’s initiative to donate her batmitzvah gifts to benefit the victims of the 2001 Sbarro suicide bombing. Today, with 37 professionals and nearly 750 volunteers working from four centers around Israel, OneFamily operates in close cooperation with representatives of government, municipal, and community agencies to assure that every terror victim in need of support is known to the organization. The aim of OneFamily, with the help of friends and supporters around the world, is to assure continuity of care for terror victims into the next decade and beyond. 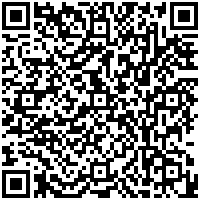