Israel marked twenty years of diplomatic relations with Azerbaijan on Sunday, with a visit to the 95% Muslim country by Israeli Foreign Minister Avigdor Lieberman, who also visited the capital city’s Chabad house, according to a report by Lubavitch.com.

Azerbaijan, which borders Iran to the south, has pursued increasingly warm relations with the Jewish state, in contradiction to the will of Tehran.  In January, Azeri authorities arrested an Iranian national who allegedly plotted to kill two Israeli Chabad emissaries working at the Chabad Ohr Avner Jewish School in the capital city of Baku, including the Chief Chabad Emissary of Azerbaijan, Rabbi Shneor Segal.  The Chabad complex, “overlooking the scenic Caspian Sea”, according to Lubavitch.com, was established by philanthropist and President of the Federation of Jewish Communities in the CIS and Baltic Countries, Lev Leviev, in 2010. 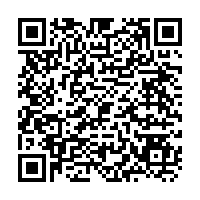