“We just don’t know the underlying nature of the Israeli-Russia relationship,” the aide said. “It’s incredibly complex with secret intelligence deals going on, trade-offs for what Russia will or won’t do with Iran. In the end, I’m sure that’s what this is all about for Israel – but America doesn’t have that luxury; we are the superpower.”

Neoconservatives have clashed openly with Israel in the past, particularly in the early 2000s over Israel’s sale of weapons to China, which was seen as an affront to a bedrock stance of the neoconservative movement – defending the interests of Taiwan.


The arms sales led the administration of President George W. Bush to suspend its strategic dialogue with Israel from 2002 to 2005, until Israel acquiesced to a U.S. demand that the Pentagon vet Israeli arms sales to China. Bush’s decision to suspend the dialogue was made on the advice of prominent neoconservatives in his administration, among them Douglas Feith, then the undersecretary for defense.

In 2011, Mandel said, neoconservatives were dismayed again when Ehud Barak, then Israel’s defense minister, made the case against backing rebels seeking to oust Syrian President Hafez Assad at a time when American neoconservatives were arguing that it would make sense to assess which rebels deserved more robust U.S. backing.

In each of those cases, Mandel said, Israel’s posture had U.S. policy consequences – for instance, in the case of Syria, Obama administration officials could cite Barak’s argument in pushing back against intervention.

“That was a situation that directly impacted American policy,” he said. “It’s not clear whether Russia gets to that point.” 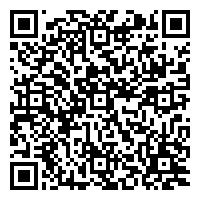