It began last year with an announcement by Israel’s Ministry of Education, of a pilot study using digitally converted books and other teaching materials, which students would access with their tablets.


Legally, teaching with tablets in Israeli schools is contingent on parental consent, especially since it’s the parents who were expected to shell out the shekels to buy the tablets—which were offered at a discount.

Each local authority ran a bidding process for the approved tablet provider, presumably based on how low they were willing to go. And since the tablets are considered educational supplies which are not part of the essential curriculum, payment was collected under a voluntary purchase agreement.

Also, to enter the pilot program, each school had to receive approval from the vast majority of parents. And, since the purchases were done centrally, the expectation was that the price of a unit would not exceed about $65.

And parents who did not wish for their kids to be educated through tablets had to be given the option of getting their kids the print equivalent of the educational content used in the tablets.

And then everything went bust and there are now bands of angry parents bombarding the local media with allegations against a seemingly autistic Education Ministry, which favors the rich, loathes the poor, and, obviously, mistakes form—tablets for substance—actual learning.

For starters, the tablets ended up costing a lot more than the promised amount, because, as we all know, computers are always more expensive than just their hardware.

“There was a unanimous feeling of aggressive marketing,” Bracha Klimstein-Levy, the mother of twins in the fifth grade in Hod Hasharon, told Walla.

According to this mother, the price she had to pay for the tablet was much higher than the Ministry of Education had promised, it came to $340.

“For me it’s double the expense, because I have twins,” she complained. “This device is very expensive, and I’m not in favor of having children walking around with the most expensive tablet, especially not in the current economic reality.”

Also, when you’re working with computers—tablets included—a lot of your time is devoted to programming and setting up and downloading and trouble shooting – which leaves out entirely the minority of students whose parents opted for print-based knowledge.

So those parents discovered their kids ended up twiddling their thumbs for hours on end, while Teacher was doing tech support.

The Israeli Education Ministry downplays the complaints, suggesting it’s all part of the unavoidable growing pains. It’s quite obvious that at the root of the problem is the inability of the system to provide a tablet for every student and so, instead of being the great equalizer, Israeli schools are now promoting the yawning gap between rich and poor.

This year a total of 200 schools are participating in the tablet pilot program. Hod Hasharon, a wealthy community by anyone’s yardstick, entered four elementary schools into it. But even in this well to do town, parents complained that the sale process was implemented too quickly and too carelessly, without actually waiting for their written consent, and without proper advice regarding their options should they object to hooking their kids up on a tablet at age 11.

But the more fundamental issue is not how equitably the tablets are being distributed and who in Israel gets to use those things sooner; rather it is troubling to realize that our educational czars expect these things to answer our children’s educational needs.

It’s possible that they’ve actually eliminated the teachers from the educational process with this innovation, because, if our experience in talking to children who own smartphones is any indication, whether those teachers have realized this or not, they’ve been replaced by nanobots. 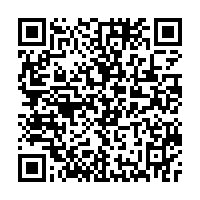