An overwhelming majority of Israeli Jews are patriotic and prefer to live in Israel over any other country, according to a poll administered by Israeli daily Israel Hayom in honor of Independence Day.

In response to the question “how proud are you to be Israeli?” 93% of respondents described themselves as “proud,” while 70% said they were “very proud.” Over 80% said they plan on flying an Israeli flag on their homes or cars.


74% of those asked said Israel is a good country to live in. According to Israel Hayom, “those groups most satisfied with life in Israel are people over the age of 55, religious people, and residents of Jerusalem…Among those who said they were dissatisfied with life here, the largest group (around 50%) of respondents, were aged 25-44.”

When asked the more specific question of what they love most about Israel, “20.2% of respondents chose ‘people’ as the thing they love most in Israel. In second place, only a tenth of a percent behind, were nature and the country’s landscape. High marks also went to the sense of shared fate here (16.4%), as well as our national character, 13.1%.”

30% of respondents said the most “Israeli” characteristic is “helping others.” “Shimon Peres” (!) came in second with 21%, followed by “barbecues,” “complaining,” the expression “yallah, bye,” and “Maccabi Tel Aviv basketball.”

In terms of how respondents define themselves, 65% view themselves as Jews first, and then Israelis. 21% consider themselves more Israeli than Jewish.

Israelis’ sense of kinship transcends their geographic borders, as 81% of respondents said they “feel an affinity towards Diaspora Jews.” 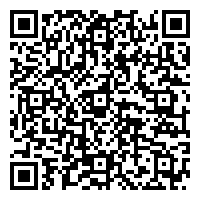