Shaare Tzedek Hospital in Jerusalem announced on Sunday that there has been a significant improvement in Rabbi Yosef Shalom Elyashiv’s condition, and that he has regained consciousness after two weeks.

Doctors reported that they began lifting the Lithunian Orthodox sage out of artificial anesthetization over the weekend, and were satisfied with his response. Elyashiv, who turns 102 next month, has opened his eyes and is alert, is gesturing with his hands, and is reported to have gotten out of bed and sit in a chair.

The hospital clarified that although the Rabbi is conscious and responsive, he is still in critical condition. He is still breathing with the assistance of an artificial respiration machine, and is therefore still unable to speak.

“The condition of the Rabbi is improving, but it is still defined as serious. This coming week is very significant in determining whether the Rabbi be himself again or not. Members of the family ask that people to continue to pray,” said a spokesman for the Rabbi.

The public is asked to pray for the recovery of Harav Yosef Shalom ben Chaya Mousha. 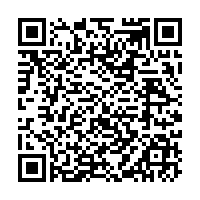