For many Tel Avivians, this past Shavuot seemed different. More than just another day to hit the beaches, and maybe indulge in some cheesecake, Israel’s “White City” was dotted with groups celebrating the religious and spiritual aspect of the seminal holiday.

On the city’s newly rebuilt Kikar Habima, a group of Tel Avivians gathered to honor the Jewish tradition of studying into the night by discussing topics like the role of spirituality in Zionism. Organized by a group of young Anglo professionals called Jewish National Initiative, the intent of the Shavuot “Limud” was to offer tradition-minded residents of the city an opportunity to engage Shavuot in a fresh and spirited way.


“JNI is about rejuvenating Zionism by reconnecting it to the great tradition of Judaism,” says JNI Programs Director Daniel Fink. “We’re finding that Tel Avivians are really hungry for this — as are many Jews around the world, Israeli or not.”

The North Central Synagogue and Center for international and Israeli-Jewish life in the heart of Tel Aviv similarly celebrated Shavuot late into the night, with learning sessions in both English and Hebrew. The sessions drew more than 100 people.

Among other notable new nodes of Jewish life in Tel Aviv is a Shabbat initiative targeted to young olim (new immigrants). Called White City Shabbat, its organizers seek to create a social scene that extends beyond Tel Aviv’s famed clubs and discos, and into the synagogue. It’s not uncommon for a White City Shabbat event to gather more than two hundred people, who celebrate together over a traditional kosher meal.

Jay Shultz, the founder of White City Shabbat, attributes the success of the weekly gathering to a groundswell in renewed interest, driven in part by a growing trend of aliyah among young committed Jews.

“Sabras [native-born Israelis] see what’s going on here and they see something different,” says Shultz. “They see an opportunity to be social, to meet people, to get involved in a Jewish way. They love it, we love it, and that’s why it’s growing.” 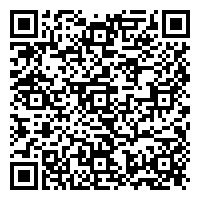