In the wake of yesterday’s landmark decision by Israel’s High Court of Justice to declare the Tal Law unconstitutional, the Knesset was left to deal with the fallout – and proceeded to reject two Kadima-sponsored bills that sought to legislate mandatory military or national service for all Israeli citizens.

The Tal Law, enacted in 2002, was intended to promote enlistment of Haredi men in the IDF by exempting draft-age yeshiva students from military service for a prescribed period of time. In a 6-3 ruling, the High Court determined that the law is unconstitutional and cannot be extended by the Knesset in its present form when it expires on August 1. The Tal law is a temporary law that must be renewed every five years.

And so the Knesset convened Wednesday to deliberate on one of the most controversial and polarizing issues in Israel today. Kadima was the first party to offer its vision for an alternative to the Tal Law, saying that it proposed both bills “to promote equality between all sectors in shouldering the national effort.” The National Service bill, which was proposed by MK Yoel Hasson and would have required ultra-Orthodox Jews and Arabs to perform national or military service, was rejected by a vote of 55 – 27. MK Nachman Shai proposed the other bill – the Defense Service bill, which was rejected by a vote of 40 – 23.

Kadima has increasingly cast itself as the leader in the crusade to end what it describes as preferential treatment for the Haredi demographic. Chairwoman Tzipi Livni continued to bemoan the status quo in the aftermath of the High Court decision: “This injustice has been perpetuated for far too long. No one has a monopoly on prayer.”

“It’s time we stopped lying to ourselves,” she lamented, “the IDF is no longer the ‘people’s army’ and we didn’t need the High Court of Justice to tell us that the burden isn’t distributed equally.

“For years we have been trying to reach an agreement and for years, Haredi politicians have been abusing the weaknesses shown by the other politicians here,” she continued. “It is time to say – enough is enough. It is time we changed the rules of the game once and for all.”

Livni, seeking to head off charges that she is promoting divisiveness and an anti-religious platform, insisted that the bills were proposed “for the unity of Israel. We don’t want an internal strife but we won’t relent – we will meet you with love but we will also meet you with draft orders, either for the IDF or for civic and national service. There is no choice. You must serve beside us…You will still pray – in the IDF, in the police, in the Fire Department and in hospitals…This miscarriage of justice – draft dodging – has been going on for too long.”

The decision to revoke the Tal law has been widely and predictably denounced by religious parties, while Prime Minister Netanyahu released a statement Tuesday, saying: “As I stated even before the High Court of Justice decision, the Tal Law in its current format will not be continued, and in the coming months we will formulate a new law that will lead to a more just change in the burden of all sectors of Israeli society.”

Foreign Minister and Yisrael Beteinu head Avigdor Lieberman pledged that his party will also propose an alternative to the Tal Law whereby “everyone will serve the state.”

“I have no expectation of seeing masses of Haredim and minorities suddenly flooding the air force cadets’ course or being placed in the elite units, but they can certainly join the national effort. I see no reason why a Haredi man can’t sit in front of a computer in the army and make his contribution or be part of the national service.”

In a possible veiled threat to the Prime Minister, Lieberman said that the High Court decision “helps the coalition understand it finally has to take decisions rather than waffle.”

Analysts and politicians alike have speculated that the matter of Haredi deferment and exemption from military/national service is the one issue that could cause Netanyahu’s heretofore stable coalition to fall apart. Shas, the largest ultra-Orthodox party in the coalition, appeared to be seeking to allay such concerns. When asked if the coalition will be threatened by the ruling, Shas Party spokesman Yakov Betzalel responded: “No, no, no. I don’t see it in the offing.” Still, the coalition seems headed for difficult days ahead, as Betzalel expressed confidence that Haredi males would be able to continue their Yeshiva study, and predicted that a new law would be passed that would reflect “minor changes” to the current law. “From my experience, the ultra-Orthodox community will not accept even short-term enlistment…but let’s see what will happen.” 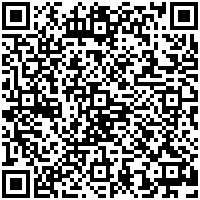