At a time when the battle to save the world’s coral reefs is at “make or break point,” as the head of the United Nations Environment Programme (UNEP) Erik Solheim said in January, good news emerged this week from the Gulf of Eilat.

According to the 2017 report by the Israel National Monitoring Program published Sunday on Israel ministry of environmental Protection site, corals in the Gulf of Eilat, the world’s most northern reef, are growing, contrary to most reefs around the world.

The aim of the program, funded by Israel’s Ministry of Environmental Protection and coordinated by the Interuniversity Institute for Marine Science in Eilat, is to create a long-term database on the state of the marine ecosystem in the Gulf of Eilat as a scientific basis to solve environmental problems, and develop the Israeli coastal and areas.

According to Dr. Yonathan Shaked, the program manager of the Scientific report, efforts to inform the public about the importance of the coral reef and better enforcement of the law by the Israel Ministry of Environmental Protection are the reasons for the reef’s recent growth.

“The reef today is much stronger than in the past” Shaked told TPS. “It is difficult to predict what will happen in the future but if there will be no changes in the state of the sea, the reef will continue to grow. This efforts of the authorities certainly helped the rehabilitation of the coral reef.”

Besides providing habitats and shelter for many marine organisms, coral reefs are important also because are the source of essential nutrients for marine food chains. An estimated one billion people have some dependence on coral reefs for food and income from fishing. Moreover, coral reefs also break the power of the waves helping to prevent coastal erosion.

Sea surface temperatures in Eilat have risen at an average rate of 0.037 degrees per year since 1988 when measurements began. 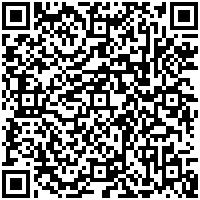