An unprecedented survey of Israelis released Thursday and presented to Minister of Social Equality Meirav Cohen, showed that the history, heritage and culture of the Jews from the Middle East and North Africa (MENA) — known as Mizrahi Jews — is massively unrepresented in the Israeli education system.

While 74 percent of all respondents said that the history, heritage and culture of European Jewry is taught in the educational system ‘to a large or somewhat large extent’, only 14 percent could say the same about Mizrahi Jewry.


Eighty percent said that such information was either taught to a small or no extent.

Seventy-five percent of those polled said they could not recall any program or lesson in school that reinforced a positive perception of Mizrahi Jewry.

Fifty-seven percent said the education system should teach the history and tradition of MENA Jews to a greater extent than is currently being taught.

Fifty-five percent of respondents said that more hours should be dedicated to teaching these subjects in school curriculums.

As an example of how little is known about MENA Jewish history, only seven percent of respondents could identify the Farhud, a pogrom against the Jews of Iraq in 1941, when hundreds of Jews were slaughtered. However, 58 percent were able to correctly identify Kristallnacht.

When asked what the leaders of Arab countries should do to compensate the Jewish families that were forced out from their former MENA countries or their descendants, 59 percent said they should provide full monetary compensation for the loss of their property and/or assets in their countries of origin. Only 11 percent said that the victims should waive the demand for compensation in exchange for waiving all demands from Palestinian refugees.

Seventy-four percent were in favor of establishing a government-funded museum dedicated to the history, heritage and culture of MENA Jews.

Since 2014, a law passed by the Knesset designates November 30th as the Day of Commemoration for the Jewish Refugees from Arab Countries and Iran — but only 11 percent of those polled had heard of it.

The survey was commissioned by Iraqi-British Jewish businessman and philanthropist David A. Dangoor CBE, of Dangoor Education, a subsidiary of the Exilarch’s Foundation, a charity which supports educational initiatives, including many in the field of Sephardi/Mizrahi heritage, culture and education. Dangoor has been Vice-President of the World Organization of Jews from Iraq (WOJI) for the past ten years.

“The results are both disappointing and heartening,” said Dangoor. “Disappointing that so little has been done to educate about the history, culture and heritage of MENA Jews in Israeli schools, but heartening that so many from different backgrounds seek to change that. I hope that these results serve as a wake-up call to the Israeli Government and those involved in education that the history and heritage of the majority of Jews in Israel is largely ignored.

“I decided to initiate this poll in Israel because it is the place where much of the global Jewish agenda is set, and in changing its educational policies towards greater understanding and awareness of Mizrahi and Sephardi Jewish history, heritage and culture, it would send a message to the larger Jewish world that it too must reassess its pedagogical priorities,” he said.

“With great regret, in a country where more than 50% of its citizens, and their descendants, are from Arab countries and Iran, their history and heritage is not being passed on. Events and personalities such as the Farhud, Operation Magic Carpet (which brought 50,000 Yemenite Jews to Israel during 1949-50) and Rabbi Shalom Shabazi, are unknown in the Israeli education system,” said Israeli minister Meirav Cohen. “Through research, documentation and commemoration, we can change this trend and ensure that the history of the Mizrahi Jews is never forgotten and commemorated for eternity.”

The polling was carried out by Smith Consulting, one of Israel’s leading polling agencies, among 500 Jews in Israel as a representative sample of young people up to age 30, with a sampling error of 4.5 percent. 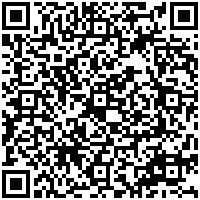