GUSH ETZION- Knesset members, local government officials, prominent religious Zionist Rabbi’s and hundreds of high school students squared off with security forces at the Netiv Ha’Avot outpost in Gush Etzion Tuesday to protest the scheduled demolition of 15 homes in the community and to call for expanded construction for Jewish communities in Judea and Samaria.

Matan Yehezkeli, a resident and father of five, slammed the High Court of Justice for approving the demolition, comparing it to the Biblical figure Korach, who challenged Moses’ authority and was punished by having the earth swallow him up. Yehezkeli told protesters that just as Moses’ faith in God was ultimately rewarded, so too would the Netiv Ha’Avot residents and the Zionist movement ultimately win out.

“When you compare the High Court of Justice rulings vis-à-vis Netiv Ha’Avot to its rulings on illegal Bedouin construction in the Negev, you realize that things have gone completely insane,” Yehezkeli said.

Tempers were calm as dawn broke over the community, with groups of teenagers smiling and an atmosphere that resembled more a fun day off school rather than a protest. At 7:30 a.m a mass prayer service was held in the community synagogue, with worshipers spilling out of the building with little room to move and loud speakers set up for the overflow crowd.

As zero hour approached, however, tension in the neighborhood begin to rise noticeably. Outside the synagogue, community leaders led the crowd reciting selections from the Book of Psalms while security forces linked arms and held hands in order to control crowd movement. Several teenage protesters were manhandled by border patrol officers while being detained.

“I’m afraid this is going to become very violent,” said 30-year-old Bazi Rubin, A resident of the adjacent Elazar settlement whose brother and sister-in-law rented a home in Netiv Ha’Avot until several months ago.

“The crazy thing is that it’s going to come from people who don’t live here. We have had many conversations with young people in Elazar, and the families in Netiv have all signed nonviolence commitments, except for two families, Who are planning to resist.

“But over the last day so many kids have come from other places and they don’t know what the families here want.”

Organizers were well aware of the threat and reminded teenagers not to attack soldiers or police officers before dispersing protesters to private homes. Later, homeowners repeated the warnings, imploring visitors “not to violate the spirit” of the community.

“I don’t want to hear anybody cursing the officers who come to pull us out,” said David Den Heijer, who has lived here for more than a decade. “They are not our enemies; they are our friends and brothers, doing a job that they have been forced to do by the courts. Don’t walk out – make them carry you. But in this home, nobody is going to raise a hand to an IDF soldier or an Israeli policeman.”

Nevertheless, Several loud explosives were set off during the morning in garbage cans, and burning tires sent people fleeing for breathable air, including 20-something-year old women with newborn babies. 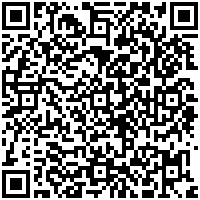