The Canadian-born founder and president of Shalvah, the Israel Association for Care and Inclusion of Persons with Disabilities, Kalman Samuels, has been tapped to light one of the 12 torches this year at Israel’s Independence Day ceremonies, which take place annual on Mt. Herzl in Jerusalem.

In 2019, the organization’s Shalvah Band, comprised of singers and musicians with disabilities, performed the song ‘A Million Dreams’ as an interval act at the Second Semi-Final of that year’s Eurovision Song Contest.

The 12 torches symbolize the 12 biblical tribes of Israel and are lit each year by selected citizens who have made outstanding contributions to Israeli society.

“It is an incredible honor for me to represent thousands of families of individuals with disabilities, and the children and adults with disabilities themselves; in my perspective they are first and foremost people with abilities,” Samuels said.

“I am humbled to light a torch in gratitude to the thousands of volunteers, professional staff, and partners over the course of many years who have enabled Shalva’s incredible work to flourish. I am moved for all the children and adults with disabilities and their families in Israel who are being embraced by Israel with a tremendous step forward toward their worthy inclusion in society.”

Cultural and Sport Minister Hili Tropper called Samuels on Monday to congratulate him.

“The amazing center of Kalman and his wife, Malki has become a magnet for people from across Israel and around the world, and it positions the State of Israel and Jerusalem as a flagship center of inclusion, care and human dignity,” said representatives of Israel’s Culture Ministry.

“The hundreds of volunteers of the organization represent a young generation dedicated to the values of kindness and giving. With bright, welcoming faces and boundless devotion, Kalman and Malki are a source of hope for many families in Israel and promote a society that accepts all people as they are.”

Samuels founded Shalvah together with his wife in 1990 in response to the challenges the couple personally faced in raising their son Yossi, who became deaf, blind and physically disabled while a toddler after having received a faulty DPT vaccine.

The organization the couple founded is today a national center that provides rehabilitative care to children and adults with disabilities and support services to their families. 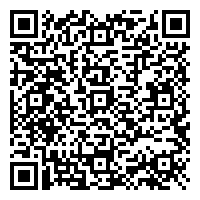