The Knesset’s Public Security Committee will hold a meeting every six months on the number of Jews who are barred from visiting the Temple Mount, Committee Chair Member of Knesset Merav Ben Ari announced on Monday during a debate on the security situation in Jerusalem’s Old City.

She also decided to establish a subcommittee that will make recommendations regarding restrictions on Jewish visitors to the Temple Mount.


Jews’ visits to the Temple Mount, Judaism’s holiest site, are limited in time, space, as well as the number of visitors at any given time. While Jews’ rights to worship at the site have improved in recent years, much remains wanting, and the full freedom of worship has yet to be granted by the State of Israel to Jews visiting the Temple Mount.

The meeting, initiated by MKs Amichai Chikli, Simcha Rothman, and Miki Zohar, together with the “Beyadenu – Returning to the Temple Mount” organization which advocates for Jewish rights on the Temple Mount, presented the Committee on Monday with a complex and discriminatory reality for Jews at the holy complex.

Tom Nisani, CEO of Beyadenu, stated during the session that security arrangements around the Temple Mount “are a big lie,” and accused the police of “leading a strategy of accommodating terrorism to avoid conflict.”

MK Ben Gvir also addressed the discrimination and said that if the military commander at the Tomb of the Patriarchs would order only Muslims to be screened, “the High Court of Justice would challenge it. What is the security screening for Jews? Looking for Teffilin and Tallit.”

“There are people there planning terror attacks and the police are busy searching for Jews who mumble or pray. The minimum is having the same conditions,” he demanded.

MK Michal Waldiger criticized the fact that there is no enforcement against Muslims waving placards and those engaged in “wild incitement.”

“It’s shocking that kids are playing soccer on the Temple Mount. There is gross discrimination here between Jews and Arabs. We need one law for everyone,” she stated.

MK Simcha Rothman accused the police of “acting as a contractor for a terrorist organization. Your job is not to maintain the quiet but to uphold the law. The Jews do not break the law. Your solution to keep Jews away is illegitimate. A Jew who ascends the Temple Mount cannot tolerate harassment. The discrimination on the mountain and its recent aggravation must stop.”

Jewish Temple Mount activist Shimshon Elboim called to transfer control of the Temple Mount to the Chief Rabbinate or the Ministry of Religious Services. “The government has to change its attitude towards Jews. The more Jews there are on the Mount, the more police and security there will be there,” he said.

MK Amir Ohana noted that “there is no place in the world where it is impossible [for a Jew] to pray, except at the holiest place for the Jewish people.” He called to “increase prayer hours and allow Jews to exercise their freedom of worship.”

Former MK Yehuda Glick, a known Temple Mount activist, recounted how seven years ago he told the Knesset Committee he “was afraid blood would spill.”

“Police officers laughed. It was written in official documents that I was the most dangerous man in the Middle East. A week passed and a terrorist almost killed me. Luckily he failed,” he said.

Glick was shot three times in the chest by a Muslim terrorist in October 2014. He underwent a long recovery process.

“Years later, still when I ascend the Temple Mount the attitude of the police towards me is as if I am the enemy who comes to visit the mountain,” he pointed out.

The Beyadenu Foundation is the largest organization dedicated to raising awareness of the Temple Mount and its heritage. Its mission is to connect Israelis from all walks of life to the Temple Mount and bring about a change in the situation of Jews’ rights and fight discrimination at the holy complex. 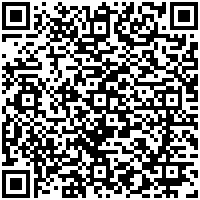