Israel’s Minister of Defense Benny Gantz expressed his disappointment with the Knesset’s failure Monday night to pass the so-called IDF Draft Bill — a measure to rework the country’s military draft policy. He pledged to re-introduce the measure next Wednesday.

It is expected to be brought to another vote within three weeks, Prime Minister Naftali Bennett, Gantz and Foreign Minister Yair Lapid said.


The bill would have mandated recruitment of haredi-religious Jews into the IDF, but would have also lowered the age of exemption for those who wished to stay in yeshiva. The exemption age would have been 21.

Gantz said that Israel needs the new law on the IDF draft not because the country’s Supreme Court has ordered such a reform to be passed, but because, “what suited us in the first 73 years of the state’s existence does not fit the current reality in Israel where only half of the 18-year-olds enlist.”

In presenting the bill, Gantz said that the purpose of the proposed law was to “act as far as possible to promote equality in service by increasing the number of haredi-religious recruits in the military and by expanding the ranks of those serving in the national civil service. This, while recognizing the value of Torah study and under the understanding that not all yeshiva students will serve tomorrow morning, or at all,” according to The Jerusalem Post.

“The task before me,” said Gantz in his announcement, is “formulating a new [military] service outline that will maintain the security and resilience of Israeli society for the next 73 years. I will not rest until I complete this national task.” 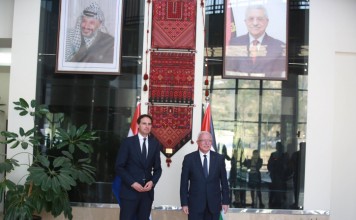