On Wednesday the Knesset Plenum rejected a motion submitted by MK Esawi Frej (Meretz) to set up a parliamentary investigative committee on police violence, in response to police handling of Arab protest in Haifa in support of the Gaza rioters. The motion was defeated by a vote of 37 to 11.

MK Frej said, “I am not generalizing or accusing the entire Israel Police of violence, but the irregular and exceptional individuals who are not handled and receive support from policy makers are the ‘bad guys’ who take the entire system to wrong places.”


Taking an excerpt of a news item published in the Hebrew press, MK Frej quoted a police officer who used vile language in describing in graphic details what he would like to do to the Arab demonstrators. Minister of Public Security Gilad Erdan (Likud) responded, telling the MK: “You are behaving like an animal at the podium.”

MK Frej replied “if I am an animal, you are the leader of the pack. You are only preoccupied with how to promote lies. Instead of protecting population groups, you fight against them. Your job is to fight crime, not the Arab public. You say animals? Look at yourself in the mirror. You liar, you’re the inventor of the lie. As a minister, you are a failure.”

Minister Erdan replied by saying that “an MK who uses such filthy language and degrades the parliament – we should take into consideration that this is what he wants to provoke.”

“Regarding the demonstrations, applications for a license were not submitted for some of them, and the police did not receive any preliminary information about the intention to block traffic routes,” Erdan said. “The police informed me that during some of the demonstrations, a large number of demonstrators went wild, blocked major traffic routes, yelled out derogatory comments and even exerted violence while causing damage to private property and endangering human lives.”

“The brutal conduct of the demonstrators was documented, several demonstrators were arrested and the police is currently working with the State Attorney’s Office to formulate indictments,” Erdan said.

“Israel Police is first and foremost charged with the responsibility of maintaining public order and security. While naturally freedom of expression and protest must be guaranteed, even if they are carried out with the support of a terror organization, these rights must be balanced against the public interest and it must be ensured that in the name of the right to demonstrate, other protected rights to keep safety, life and property secure are not contravened,” Erdan continued.

“This is not a reason to lash out at the work of the Israel Police in general, and therefore I do not understand how MK Frej says on the one hand that he isn’t generalizing, and on the other hand, reads out a headline from the newspaper which quotes a police officer, [suggesting] that this is a reflection on Israel Police,” Erdan concluded. 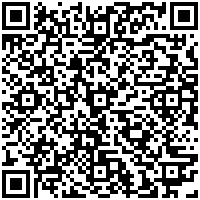