The Knesset majority parties this week will attempt to create a legislative shortcut to applying Israeli law in the settlements of Judea and Samaria, or, as some have put it, an unofficial annexation.

The new initiative, led by MK Yoav Kisch (Likud), mandates that every bill that has passed the preliminary Knesset vote as well as committee hearings and debates, and is on its way to second and third readings and a final approval by the plenum, will also undergo a step determining how it would be implemented in Judea and Samaria.


Today, new laws enacted by the Knesset are not applied directly to Israeli citizens living in the liberated territories, but require the involvement of the military government of the territories to adopt the same laws and apply them to its civilian subjects.

This has meant that the military has a say in whether or not to apply a new law to these Israeli citizens, while their counterparts across the green line benefit from the same law directly and immediately.

“This coming Wednesday I will propose an amendment to the Knesset’s regulations stipulating that any bill passed by the Knesset should discuss and determine if it should be applied to Israel citizens in Judea, Samaria and the Jordan Valley,” MK Kisch posted on his Facebook page.

“It is inconceivable that we will have to struggle to apply each law separately so that Israeli citizens in Judea and Samaria will not be ‘second class,'” Kisch continued, promising that “if the amendment passes, and I am sure that the entire coalition will mobilize to this end, it would be a significant change that improves the lives of our residents in Judea and Samaria and will strengthen the settlements.”

Kisch’s initiative completes a set of moves led by Justice Minister Ayelet Shaked (Habayit Hayehudi) regarding government legislation in Judea and Samaria, and it is expected that new laws will apply directly to Israelis living in the territories, bypassing the military government and raising the ire of leftwing opposition parties, who claims that this is tantamount to an annexation.

Last Wednesday, MK Kisch gave the example of the new Supermarkets Law, which gives the Interior Minister control over the ability of local municipalities to award Shabbat work permits. The new law lacks “a clear definition of how it will be implemented [in the territories] – via primary legislation or through a military commander’s edict, or it could be dissolved altogether. We will not allow this situation any longer,” Kisch said. 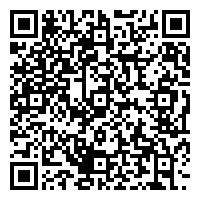