The Knesset passed legislation Tuesday exempting a sitting prime minister from paying taxes on the maintenance of private residences and car allowances. The law, which is set to save Prime Minister Benjamin Netanyahu approximately NIS 8,000 monthly, will apply retroactively from the beginning of 2018, and will continue to grant the prime minister tax exemptions on any allowances he may receive for up to five years after stepping down as premier.


The law passed by a vote of 50 to 44 in the 120-seat Knesset, with Netanyahu recusing himself for the vote.

Likud Knesset member Miki Zohar, who drafted the law, said it addresses concerns that a talented prime minister would rather work in the private sector where compensation is higher.

“Nobody in Israel will tell you that he doesn’t want the prime minister to earn a good living,” said Zohar. “If you want a prime minister who functions well, in a proper manner, with no financial worries, then you should pay him a fair wage,” he said.

A major criticism of the law is that no legal differentiation exists between the prime minister’s personal and professional expenses, raising concerns the exemption could be abused.

“This insane law that the prime minister is promoting through his Likud friends brings public corruption to new heights that we didn’t even know were possible,” said MK Mickey Levy of Yesh Atid.

“It is inconceivable that the private expenses of prime ministers at their private residence will be exempt from tax even after the end of their duties. They are neither emperors nor kings. They perform a state function for a fixed period of time, during which the State of Israel provides and finances, and rightly so, an official residence in Jerusalem that takes care of all their needs.” 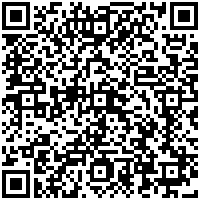