Meretz current Chairwoman Zahava Gal-On on Wednesday announced that she is dropping out of the race for the Meretz leadership and would not run for another term. Meretz is a coalition of leftwing, social-democratic, and green political groups with five members in the Knesset.

“Based on conversations I had with party members from all over the country in recent weeks, I understood that they want a new leadership,” Gal-On said.

MK Ilan Gilon, who leads the Meretz faction in the Knesset, announced that he, too, was removing his candidacy due to a medical event.

Gal-On’s resignation of is believed to boost MK Tamar Zandberg’s chances of winning the March 22 primaries. Zandberg, 42, serves as chair of the Special Committee on Drug and Alcohol Abuse, where she advocates legalizing Marijuana and enhancing state control over alcoholic beverages.

In addition to Zandberg, who is the only remaining well-known candidate, the race to lead Meretz features recently appointed Peace Now Secretary-General Avi Buskila, Avi Dabush and Imri Kalman. Should none of the candidates get 40% of the votes in the first round, there will be a second round between the top two finalists.

Gal-On resigned from the Knesset last November in order to convince the party establishment to transfer the picking of a chairman and a Knesset list of candidates to the general membership in the primaries. Thanks to her move, the has party increased its membership by 70%, currently boasting 31,000 members.

“The opening up of Meretz was a tremendous success and I do not regret it for a moment,” Gal-On said. “I have been fighting all my political life for my principles and values, so I would have done it again, even if I had known the personal price I would have to pay.” 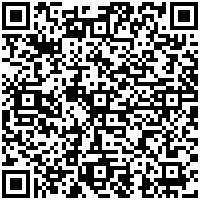