“One thing that can be done is stop making statements that increasingly narrow the latitude of negotiators on both sides,” the former Israeli envoy said.

“By equating longstanding Jewish neighborhoods in Jerusalem like Gilo with outlying settlements like Yitzhar, Washington is putting immense pressure, is limiting the latitude of Prime Minister Netanyahu to show greater flexibility…. It also limits Mahmoud Abbas’s latitude because he can’t be less Palestinian than the White House.” 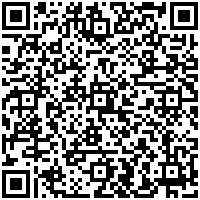