JERUSALEM – When have the Jewish people not been living in “historic times”? Certainly not anytime during the past 3,300 years or so. Still, there was something particularly and symbolically historic, in a contemporary sense, about the events of Tuesday evening, May 13, in Judea and Samaria.

On the one hand, in the suburban Chashmonaim – a small town near Modiin, just over the Green Line – a conference was underway calling for Israeli Sovereignty over Judea and Samaria.

On the other hand, at the same time, urgent SMS messages were being received by thousands of residents of Judea and Samaria regarding the pending destruction of 28 houses – 16 of them occupied by families – in small, not-yet-official neighborhoods in Samaria and Gush Etzion.

The irony in the convergence of the two events is that if Israel had already applied sovereignty to these areas, Jewish families would not have to experience seeing their homes destroyed by military order on the basis of an Arab claim to ownership of the land. Instead, the claimants would have to go through the protocols of normal Israeli law: They would be given the chance to prove their claims in court, and if successful, would then be offered monetary compensation – in accordance with accepted procedure throughout the world.

For this and other reasons, increasing numbers of politicians are joining the campaign to apply Israeli sovereignty to Judea and Samaria. The conference in Chashmonaim, with 100 people in attendance, was just the latest of a series of similar events held by Women in Green over the past few years.

As co-chair Yehudit Katzover noted in her opening remarks, “More and more public personalities are beginning to call for sovereignty. The push is coming from the bottom up. The public is making its feelings known, and the politicians are taking note and joining the train.”

Women in Green co-founder Nadia Matar added, “Applying sovereignty certainly has its risks and complexities – but it is definitely preferable to its alternative: a two-state solution, with an Arab state in Judea and Samaria.”

The sovereignty campaign calls for Israel to annex all or part of Judea and Samaria, i.e., the bulk of the areas liberated from “limbo” status during the Six-Day War of 1967. Though Jordan governed the areas from 1948 until 1967, its rule was not internationally recognized – leaving Judea and Samaria essentially ownerless since the British left in 1948.

While the UN had designated it for an Arab state, the Arabs did not accept the idea, choosing instead to make war on the newborn state of Israel. Arabs fled, Israel won the territory – some in 1948, the rest in 1967 – and now, many feel, it’s time for Israel to officially annex these biblical lands.

Among the unsolved problems regarding sovereignty in Judea and Samaria are where to begin applying it and whether full citizenship should be offered to the Arabs living in the annexed areas.

The first featured speaker at the event was Rabbi Itamar Urbach of Chashmonaim, who praised Women in Green and noted that Israel’s salvation has often come about at the hands of righteous women. He was followed by Knesset Member Yariv Levine (Likud), former ambassador Yoram Ettinger, and the founders of the newest pro-Land of Israel organization, Am Chazak (Strong Nation).

Levine emphasized that the road to sovereignty must pass through the long and winding halls of the Knesset. He recalled that the law mandating a referendum for any withdrawal from sovereign Israeli territory took no fewer than 15 years to pass.

“The process starts,” he said, “with events like this one that prepare the hearts, leading to the long process of legislation, step by measured step.” 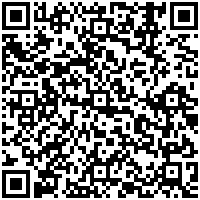