JERUSALEM – As the official deadline for the stalemated Israeli-Palestinian peace talks expired at the end of April, Israeli government officials and private citizens moved quickly to counter PA President Mahmoud Abbas’s threats to “punish” Israel in both the legal courts and the court of public opinion.

After announcing that his Fatah political faction would be merging with the Hamas-controlled government in Gaza, Abbas also said that he would seek full statehood status by signing on to 63 international UN conventions. A high-ranking member of the PLO’s Central Council said, “We want the ‘occupation’ to cost Israel dearly.”


Confirming what was reported in this newspaper, Prime Minister Benjamin Netanyahu announced that Israel would implement a series of economic sanctions against the PA. The sanctions will include withholding over $100 million in value-added taxes (VATs) that Israel collects for the PA on imported products entering Israeli ports that are sent to the West Bank and Gaza, as well as deducting debts owed to the Israel Electric Corporation, which supplies power to PA and Gaza residents. In addition, Netanyahu is close to authorizing a wide range of other sanctions. They include:

1) A G3 cellular network planned for the West Bank would be canceled.

2) Expansion of the Palestinian mobile network Wataniya would be canceled.

3) There would be no general meetings between high-ranking Israeli and PA officials, save for the current peace negotiators.

4) Approximately 14,000 dunams (3,460 acres) of land in Area C that were intended to be turned into Palestinian agricultural lands would be frozen.

5) VIP passes to senior Palestinian officials traveling to and from Israel would be severely curtailed.

Tzivin initially filed his complaint against Abbas and Hamas officials last year in The Hague, implicating them for personal involvement in terrorist activities and the resulting murder of innocent Israeli citizens. The ICC appeared to respond that it would reply to the complaint only after Abbas filed a grievance against Israeli officials.

According to Tzivin, the ICC wrote to him as follows: “The Palestinian Authority was recognized by the UN in November 2012 as a non-member Observer State. In order for the ICC at The Hague to deal with the complaint, two conditions have to be fulfilled: Palestine has to be a state (which it is already), and Palestine has to accept the jurisdiction of the ICC. This can be done by Palestine filing a complaint at the ICC.”

Tzivin’s reaction: “This is the explanation and conclusion of the reply that I got from the ICC prosecution department. Once Palestine files a complaint, my complaint will be dealt with first. It will be a game changer since Abu Mazen [Mahmoud Abbas] will become the accused instead of the accuser.”

In an interview with The Jewish Press, Tzivin said, “International law is an arena where you can fight against terrorism, and we must not leave it to the other side. For years, Palestinian organizations have committed murderous terrorist acts which constitute war crimes and crimes against humanity. How cynical it is that Palestinian organizations want to use international law against Israeli senior officers and senior politicians.”

Sources report that Tzivin’s legal strategy was conveyed to Abbas by a third party during the past few weeks. When a member of his staff explained to him the ramifications of the complaint, Abbas told Israeli journalists last week at a press conference in Ramallah that he was not currently considering legal action against Israel before the ICC. 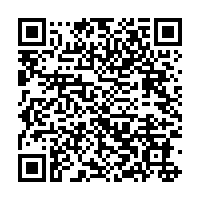