Prime Minister Benjamin Netanyahu announced Monday night that by looking at the draft text of the historic peace agreements to be signed Tuesday with the United Arab Emirates and Bahrain, it is clear there will be more such agreements to come.

Netanyahu said he waited a long time for Tuesday’s ceremony.

“I also promise you, according to what I see here, that additional countries are on the way.

“Even as I am engaged in this important diplomatic work, I do not forget for a moment that these are difficult days for us all.

“I managed to speak today with both the Finance Minister and the Health Minister, and tomorrow evening as I return to Israel, we will continue to work together for you, citizens of Israel, so that we might overcome the coronavirus and also bring peace.”

In the meantime, Israel made one more attempt to reach out to the Palestinian Authority in hopes of breaking through the pointless stonewalling of PA leader Mahmoud Abbas.

“I call on them to acknowledge the current reality, and to take responsibility, in the way in which the United Arab Emirates and Bahrain acted, and to return to the negotiating table,” Ashkenazi said.

“We cannot remain in the past in order to reach peace in the region.” 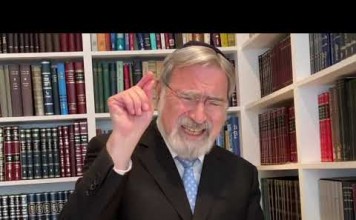