Israel’s Hebrew-language N12 news station reported Saturday evening that US President Donald Trump’s next announcement about the region is likely to involve the Kingdom of Morocco.

According to N12, the next step will be the establishment of direct flights between Israel and Morocco.


There has been no confirmation on the report from government officials in Jerusalem, the White House or Morocco.

Jewish tourists have often traveled in the past to Morocco from Israel – albeit not through direct flights – to visit the graves of Talmudic sages and family ancestors.

This past May, 26 Israelis who had been stranded in Morocco for several weeks due to the coronavirus pandemic landed safely in Israel on Thursday morning, after being extracted from the Muslim country in a secret operation devised by Likud Knesset member and former Jerusalem Mayor Nir Barkat.

Among the passengers were Israeli youth who were on an overseas trip, an Israeli Bedouin from eastern Jerusalem and Israeli and Jewish businessmen with dual Israeli-Moroccan citizenship. Morocco does not maintain diplomatic relations with Israel, which required the Israelis to appeal to private entities for assistance.

The practice ended at the start of the novel coronavirus pandemic, when people became trapped in various parts of the world as airlines faltered and global travel ended in one country after another. 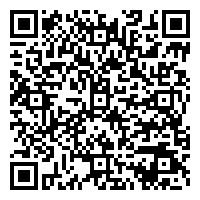