The Judicial Appointment Committee deadlock, led by Supreme Court President Dorit Beinisch against the appointment of Judge Noam Solberg, broke this morning with the announcement of 4 new Supreme Court judges in Israel.


Solberg only received 8 out of the 9 possible committee votes, while the other three appointees were voted in unanimously.

Shoham was selected to fill the ‘Mizrachi’ slot left empty with the retirement of Judge Edmund Levy.

Solberg and Zilbertal will begin their appointments immediately.

Shoham’s appointment will begin next month when Beinisch retires, and Barak-Erez will only start in May when Eliezer Rivlin retires.

Barak-Erez is the only appointment who wasn’t a standing judge. She is dean of Tel Aviv University’s law school. Her appointment may have been part of a compromise deal, in exchange for the missing votes for Solberg

The opposition against Solberg’s appointment was presumably because he is religious, lives in the town of Alon Shvut, and does not hold a left-wing political worldview, unlike Beinisch and other Supreme Court judges.

The committee will be meeting again this month to select a new Supreme Court president who will replace Beinisch, who is retiring in February.

The Committee is composed of nine members: Three Supreme Court Justices, including the president of the Supreme Court, two cabinet ministers, one of them being the Minister of Justice Yaakov Ne’eman who heads the committee, two Knesset members Uri Ariel and David Rotem, and two representatives of the Israel Bar Association. 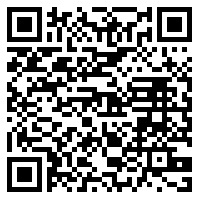