JERUSALEM – With Israeli Prime Minister Benjamin Netanyahu, head of the Likud-Yisrael Beiteinu slate, still expected to be tapped by President Shimon Peres to form Israel’s 33rd government, its makeup will look different from the outgoing coalition. The new look will depend on the final tally of Tuesday’s election, with Yair Lapid’s new centrist There is a Future Party surprising the pollsters and political establishment with a stronger-than-expected showing. Lapid’s newfound bargaining position may well determine how stable the next government will be.

Conversely, the Jewish Home Party – led by Naftali Bennett, a former Netanyahu aide – did not muster the political strength that early campaign voter surveys demonstrated. Despite a vitriolic campaign between Jewish Home and Likud-Yisrael Beiteinu, though, the parties are seen as natural ideological partners in a new coalition.


Leading up to this past Tuesday’s election, Netanyahu appealed to voters not to vote for ethnic or one-issue parties, which could impede his ability to form a stable coalition. But pre-election forecasts showed many voters snubbing Netanyahu’s pleas, presumably making it more difficult to tackle the country’s most pressing challenges.

On election eve Netanyahu made a last-ditch attempt to convince voters of his serious intention to confront skyrocketing apartment prices, a major domestic campaign issue. He nominated the popular former minister of communications Moshe Kahlon to the chairmanship of the Israel Lands Administration (ILA), which controls the sale of state land to building companies. Kahlon, responsible for saving consumers billions of shekels by reforming the cell phone industry, left the Likud several months ago after a supposed fallout with Netanyahu.

Once a new government is in place, first up on the legislative to-do list is passage of the nation’s 2013 budget, expected to contain deep spending cuts.

On the international front, the new government faces major issues ranging from Iran’s nuclear threat to the stalled Israeli-Palestinian peace process to sometimes chilly relations with the Obama administration. 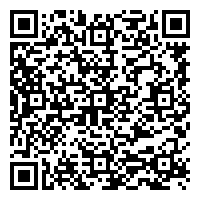