Despite an evolutionary gap of 700 million years, a new study that was undertaken at the University of Haifa and published in the prestigious journal Nature Ecology and Evolution found that the GABA neurotransmitter, which plays a central role in brain development and function in mammals, fulfills similar roles in sea anemones.

“In the study, we not only discovered that a receptor from the GABABR family controls the metamorphosis process in the sea anemone, but also that the molecular path is similar to that found in humans, and in both cases, it mediates nervous system functions. This similarity opens up new directions in the field of medicine, where the sea anemone can provide an accessible and simple model for analysis in the development of new medicines,” the researchers explained.


The study forms part of the doctoral thesis of Dr. Shani Levy and was conducted at the laboratory of Dr. Tamar Lotan from the Marine Biology Department at the Leon H. Charney School of Marine Sciences in the University of Haifa, in collaboration with the lab of Dr. Mickey Kosloff from the Department of Human Biology at the University of Haifa. The study began when the researchers sought to examine which biological processes control the development of the sea anemone.

The phylum Cnidaria, to which anemones belong (along with jellyfish and coral) is one of the oldest animal systems, having developed more than 700 million years ago. The lifecycle of all the members of the phylum begins with a fertilized egg that turns into a larva that moves in the water layer in the sea and after a few days metamorphoses into a polyp that settles on the seabed.

Surprisingly, the researchers discovered that the metamorphosis process occurs when the GABA neurotransmitter activates a receptor from the GABABR family. This discovery is remarkable since in humans, too, a similar mechanism operates during initial developmental stages; In humans (and in mammals in general), the GABA neurotransmitter controls the initial development processes of the nervous system in the brain by means of GABABR receptors.

When the researchers activated this mechanism in sea anemones using a drug that was developed for humans and activates GABABR receptors, they found that they could halt the metamorphosis mechanism in the sea anemones. Using three-dimensional models of these proteins, the researchers discovered additional similarities between the human and anemone’s GABABR receptors. In particular, the active site of the GABABR receptors – the molecular part of the receptors that defines how GABA activates them – is similar to that in humans, and in both groups, the same process influences the development of nerve cells.

“There are many instances where the proteins are similar, but their active sites are different so that ultimately they have distinct functions and actions. But in our case, both the genes and the details of the active sites and their actions are similar,” the researchers emphasized. The researchers also discovered that the next stages of the molecular paths are also similar in humans and sea anemones and that the GABABR receptor, when activated by the GABA neurotransmitter, in turn, activates molecular switches called G proteins, which play key functions in intracellular communication in the human body.

This discovery has a real impact on the potential to develop new drugs. Over 30% of all existing drugs work on receptors such as the GABABR receptor, which are coupled to G proteins – drugs in the fields of asthma, heart disease, and many other areas. The similarities identified here between sea anemones and humans, and the fact that the nervous system of the sea anemones is so much simpler than ours, make the sea anemone a promising and exciting model system for the development of new drugs. 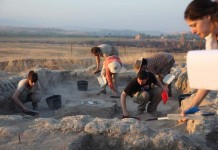 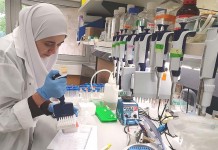 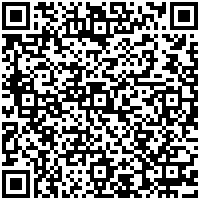