A wildfire raged out of control on Thursday afternoon in the area between the Jewish communities of Beitar Illit and Tzur Hadassah in Gush Etzion.

Both communities are located just south of Jerusalem.


The flames reached the Beitar Forest and threatened the industrial zone and a gas station near Tzur Hadassah, forcing the evacuation of the gas station on the outskirts of the community.

Eight firefighting planes were sent to help combat the flames.

“The area has been closed and civilians evacuated due to the life-threatening situation,” said Tzur Hadassah officials.

“The blaze is not under control; Route 375 has been closed in both directions from the Beitar checkpoint towards Beitar Illit,” they added.

A series of wildfires have broken out in the past few days in areas around Jerusalem. Fire and police officials say there is a possibility they were deliberately set. 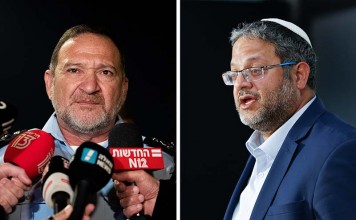