Hamas announced in Gaza, and Ramallah officials confirmed to the Bethlehem-based Ma’an News Agency, that Hamas and Fatah will create a unity government within five weeks, with elections to take place six months later. The two sides have also agreed to release political prisoners.


Representatives of Mahmoud Abbas’s Fatah party, the controlling faction of the Palestine Liberation Organization, which runs the Palestinian Authority in the West Bank, and of Hamas met from Tuesday to early Wednesday morning in Gaza.

Israeli Prime Minister Benjamin Netanyahu said Abbas must choose between peace with Israel or Hamas. Hamas is classified as a terrorist organization by Israel, the United States and the European Union.

Israeli Foreign Minister Avigdor Liberman said Wednesday in response to the agreement that it would be impossible for Fatah to have peace with Israel while allying with Hamas.

“If Abbas signs a unity government agreement with Hamas, he is signing the end of negotiations between Israel and the P.A.,” he said.

The U.S. State Department said the accord, which comes less than a week before U.S.-imposed deadline of April 29 for a peace agreement between Israel and the P.A., raises concerns.

“It is hard to see how Israel will negotiate with a government that does not recognize its right to exist,” State Department spokesperson Jen Psaki said. “The Palestinian reconciliation deal raises concerns and could complicate the efforts to extend peace talks.”

“The ball is in the Palestinian court to answer questions about how government announcement affects peace talks.”

Ismail Haniya, the prime minister of the Hamas government in Gaza, said at a news conference, “I announce to our people the news that the years of split are over.”

Fatah and Hamas have reached similar accords before, but none have lasted more than a few weeks.

Hamas and Fatah were unified in the Palestinian Authority administration until January 2006, when, with U.S. encouragement, open elections were held, resulting in Hamas winning a majority of seats in the PA legislature.

Slightly one year after the elections, Hamas and Fatah waged all-out war in Gaza. Fatah’s American-trained troops were routed by Hamas and left the region, as Hamas took control of Gaza. Fatah retained control of the Palestinian Authority in the West Bank. According to one source, more than 600 Palestinians were killed in fighting from January 2006 to May 2007. 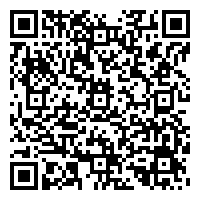