The Republican Party is pushing to retake control of the U.S. Senate in the upcoming November midterm elections, which would give it majorities in both houses of Congress.

Midterm elections in the Senate and House of Representatives have been historically difficult for the party holding the presidency. Democrats have held the Senate since public disapproval with the administration of President George W. Bush led to a Democratic sweep of both houses in 2006. In President Obama’s first midterm election cycle in 2010, Republicans – surging from the energy of the Tea Party and criticism of the Affordable Care Act (“Obamacare”) – regained control of the House.

The past six years have seen increased partisanship, a government shutdown, and continuously less major legislation passing in Congress. With the status quo, the difficulties Obama has faced in his dealings with the legislative branch are unlikely to improve in his last two years as president.

Currently, the Senate includes 55 Democrats and 45 Republicans, and the GOP will need to pick up six seats to obtain a majority.

In Montana, Sen. John Walsh, a brigadier general in the Montana National Guard, was nominated by the state’s Democratic governor earlier this year when former Sen. Max Baucus was tapped by Obama to serve as U.S. ambassador to China. But Walsh’s term was short-lived, as allegations came to light that he had plagiarized a large part of a research paper required for his advancement to general officer ranks. Walsh admitted to the plagiarism and ended his campaign, creating an open seat.

Montana’s at-large congressman (the state’s population only entitles it to one member in the House), Rep. Steve Daines (R), is running for the seat and is seen as an almost guaranteed winner in a state that Mitt Romney won by 13 percentage points in the 2012 presidential election.

In West Virginia, 77-year-old Sen. Jay Rockefeller (D) announced in January 2013 that he would not seek re-election. In the race for the open seat, Rep. Shelley Moore Capito (R) leads her opponent 53-34 percent in the latest Real Clear Politics projection. Romney won the state in 2012 by a margin of 62-36 percent.

One of the most likely Republican pickups is in South Dakota. Last year, Sen. Tim Johnson (D) announced his retirement. The state’s current governor, Mike Rounds (R), easily defeated his primary opponents and has a wide lead over his Democratic opponent, businessman Rick Weiland.

Another important gain for Republicans would be the hotly contested race in Louisiana, where embattled incumbent Sen. Mary Landrieu (D) is facing two GOP challengers. Despite having his vote split by another Republican candidate in Louisiana’s unusual open election, Sixth District Congressman Bill Cassidy (R) leads Landrieu in most polls.

Adding to Democratic Party headaches, there are six Senate seats held by Democrats that are either open or occupied by a weak incumbent. These include Alaska, Arkansas, Colorado, Iowa, New Hampshire, and North Carolina. Polling in these states is too close to call, though most polls slightly lean Republican.

While Jewish voters are unlikely to make a major difference in any of the contested races, a shift to Republican control the Senate could spell a change in foreign and domestic policies important to Jews. The Republican Jewish Coalition (RJC) and the National Jewish Democratic Council (NJDC) are both helping their parties get out the vote.

“I think there’s no question that support for Israel will, I think, increase dramatically with the Republican leadership in the Senate,” Matthew Brooks, executive director of the RJC and the Jewish Policy Center think tank, told JNS.

“[This is] mostly because so much of what [Senate] Majority Leader Harry Reid has been doing is bottling up critical legislation, including pressuring members of his own party to not support bipartisan legislation for enhanced sanctions on Iran.” 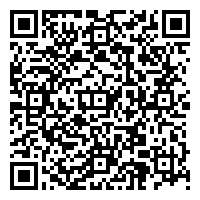